The Best Rum Brands in the World 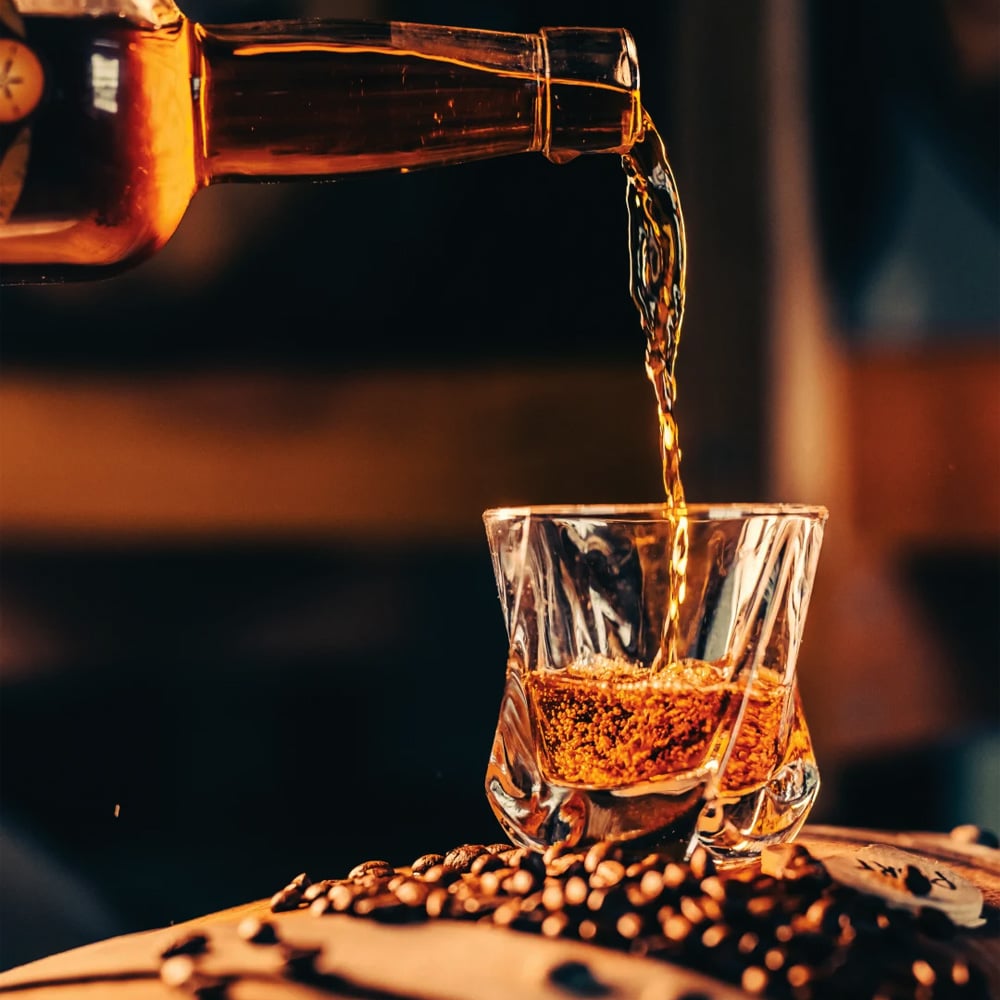 The options are endless when you’re looking for the best bottle of Rum.

You’ll find plenty of top-shelf options, one more expensive than the next. But what you won’t find a guide to really help you break down and understand which brand of Rum you never knew you wanted.

Rum Might not be your first choice for an on-the-rocks sipper.

But on this list, you’ll find absolutely divine flavors and you will learn to enjoy Rum like you never have before.

Below, you’ll find our list for the top brands in the world and a buyer’s guide to Rum as well as answers to how it’s made and what types are there.

Finally, we’ll round off this article with tips on how to drink and really enjoy Rum as well as the key tasting notes and vocabulary you’ll need to become a true aficionado.

Contents hide
1 The 10 Best Rum Brands you can buy
2 The Beginners Buyer’s Guide to Rum
3 The Most Expensive Bottle of Rum in the world
4 Glossary of terms. What you need to know for Rum
5 Methodology, how we select the best

The 10 Best Rum Brands you can buy

Before we introduce the 10 best Rum brands, let us check out the top 5 Rum brands you can choose from without any single thought:

Now, let us introduce you to the top 10 best Rum brands you must definitely try:

Mount Gay Eclipse is an aged rum that was produced in 1911, Mount Gay XO, aka Mount Gay Extra Old, is aged in selected casks for at least 8 to 15 years, Mount Gay Black Barrel is not only a matured rum but is aged in Bourbon oak barrels for a second maturation, and Mount Gay Silver is a white rum that is produced with column distilled rum and pot still blend. The taste of all these bottles is distinguished and very flavorful.

This rum brand has been widely acknowledged by experts as well as popular competitions, including the Beverage Tasting Institute’s 2008 Competition and the San Francisco World Spirits Competition.

The brand offers six different variations of rum, including the ‘McCoy Rum, 3 years aged, 5 years aged, 12 years aged, Distillers’s, and The Real McCoy limited editions: The 6000 bottle Prohibition Tradition 100 Proof. The original The Real McCoy, along with the other bottles, are some of the top-listed, most awarded, authentic bottles of rum you can get your hands on. As a result, you can enjoy real and crisp rum bottles that are extremely flavorful and delightful on the tongue.

The brand, in fact, is known to be a consistent winner of the Best Rum Producer of the year since 2016. Not only has the brand won the hearts of local rum lovers but also experts from around the world.

Appleton Estate is one of the oldest rum distillery companies that has been producing rum since the year of 1749 in Jamaica. The brand was sold in 1957 and later became a subsidiary of Lascelles deMercado companies. However, in 2012, another Italian company took over and is currently its present owner.

Appleton Estate has become a widely preferred rum brand that goes best with any type of cocktail or mixed drink. It has also won awards and recognition from famous spirit competitions based on their taste and prices.

Produced in a Barbados-based distillery, Plantation is one of the best rum brands in the world. Alexandre Gabriel established the brand in 1999 and 2012, the brand released its wide range of rum made with dedication and artsy. In recent days, the brand has served its large of rum bottles across 68 countries.

The brand is so popular amongst experts and locals that Plantation rum has won several popular recognition around the world. In fact, the founder, Alexandre Gabriel, has won the best Master Blender awards. Just like their wide range of rum choices, Plantation also got a long list of achievements rolled up in their sleeves.

Homes Cay is another popular rum brand founded by eric Kaye very recently. The brand has only been a part of the industry since 2019, but even so, Holmes Cay has become one of the top 10 best rums of the century. The brand offers a grand and exclusive collection like never before.

Holmes Cay offers a collection of rums known as the Single Cask editions and the Single Origin Editions. Under the Single Cask Editions, you can enjoy a wide range of authentic rum collections, including Fiji 2004 17 years, South Africa Mhoba 2017, Barbados 2012 Port Cask, Guyana Uitvlugt 2003, Jamaica Wedderburn 2011, Belize 2005, Fiji 2004, and many more. In addition, you can enjoy the 46% ABV 2021 bottled Fiji Rum as of its Single Origin edition.

The brand has not only won several awards but has also gained strong recognition from the world of rum. It is surely one of the best new-generation rums you must definitely give a try to!

Diplomático, aka the most awarded rum on the planet, was established by a local man named Don Juan Meléndez or Don Juancho. Don established Diplomático in the year 1959. The original recipe is carefully crafted by Don himself.

Diplomático is the first-ever rum brand that has won the title of Spirit Brand of the Year at Wine Enthusiast’s Wine Star Awards. It has also become one of the best, rather excellent rum to sip. The taste, smell, and texture of Diplomático are everything you are looking for in a rum brand.

Rhum J.M is a unique rum brand that produces rum from 100% Rhum Agricole (pure sugarcane juice). Established by Jean Marie Martin in 1845, Rhum J.M is an authentic rum brand that is known to be one of the best rum producers in the world. In fact, to date, the brand uses traditional techniques to cultivate and produce rum.

This brand has gained attention worldwide and continues to serve the best quality rum bottles. In fact, experts and spirit competitions around the nation have acknowledged Rhum J.M.

Don Q is one of the best-selling and popular Puerto Rican rum that has been competing against Bacardi in the international market. This bottle of rum is not only produced but manufactured and marketed by Destilería Serrallés. Don Q was originally established in 1865 and was released in the US market in the year 2009.

The color and the texture of Don Q will make you fall in love with it. It is no wonder why it is considered the best rum in Puerto Rico and the US. Don Q has won several recognitions from experts around the world. It has also won numerous awards and medals from various spirit competitions held worldwide, such as the Spirits International Prestige Awards and San Francisco World Spirits Competitions.

Goslings is a rum brand established by the Gosling Family. The Gosling brothers limited is a rum blending and distributing company that was founded in 1806. The family business also began formulating rum blends from 1860, which later helped them develop a full-bodied Old Rum.

This Bermuda situated rum brand offers different variations of rum, including the Black Seal Rum, Old Rum, and Gold Rum. The Black Seal Rum is 80 Proof black rum mixed with ginger beer. You can also enjoy the 140 Proof and 151 Proof versions of this bottle. Old rum, aka Gosling’s Family Reserve, is just like the Black Seal Rum, but it is aged for more years and comes in special packages. Lastly, Gold rum is the lighter version of the Black seal. Not only is the color light, but so is its taste compared to Black Seal rum.

This brand has also won the title of Best Rum of the year, along with other worldwide recognitions.

Rhum Barbancourt is a popular rum that was established in 1862 by Dupré Barbancourt. This was a private rum-producing distillery that made rum with 100% pure sugar cane juice. Over the years, Rhum Barbancourt has become one of the finest-selling rum around the world.

Rhum Barbancourt is a very flavorful rum that has won several medals for its exclusive collection of rum. It has also received global recognition by several spirit competitions, including the San Francisco World Spirits Competition.

The Beginners Buyer’s Guide to Rum

Rum is definitely a popular choice of alcohol chosen widely around the world. In fact, in certain countries, rum ought to be the first-ever choice for someone who is new to drinking. But, if you are new to drinking too, don’t worry! We have got your back. Here is a mini beginners guide that will tell you everything you need to know about Rum.

Want to know how is your favorite bottle of rum produced? Check out the simple steps below:

The Most Expensive Bottle of Rum in the world

J. Wray & Nephew is the most expensive bottle of rum in the world. A typical bottle costs $54,000. However, this bottle by J. Wray & Nephew is known to be one of the national treasures of Jamaica. It is an exclusive bottle of rum that is not only high in budget but also offers rum of the best quality. Currently, only four bottles of this masterpiece remain in the world.

Glossary of terms. What you need to know for Rum

Here are certain important rum terms you must know about:

Methodology, how we select the best

There are over thousands of rum brands in the world, so how do we choose the best? Here is how: 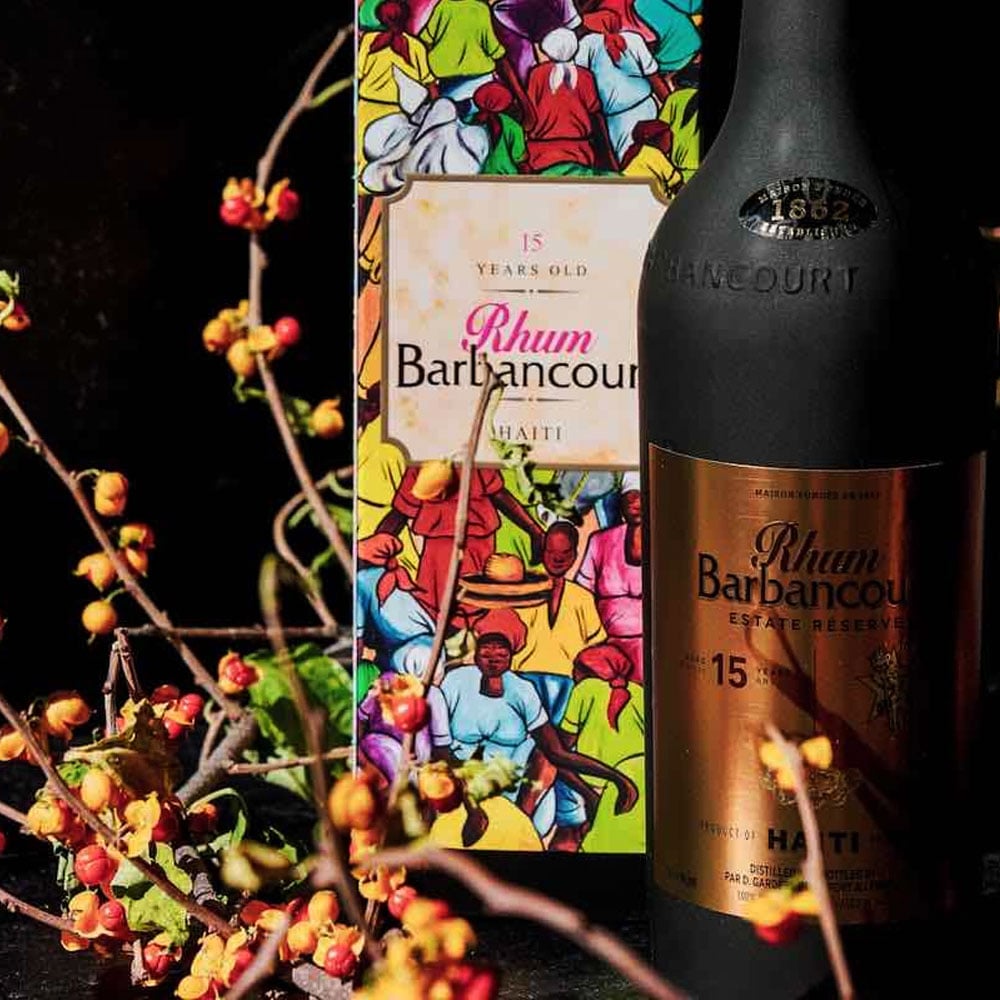 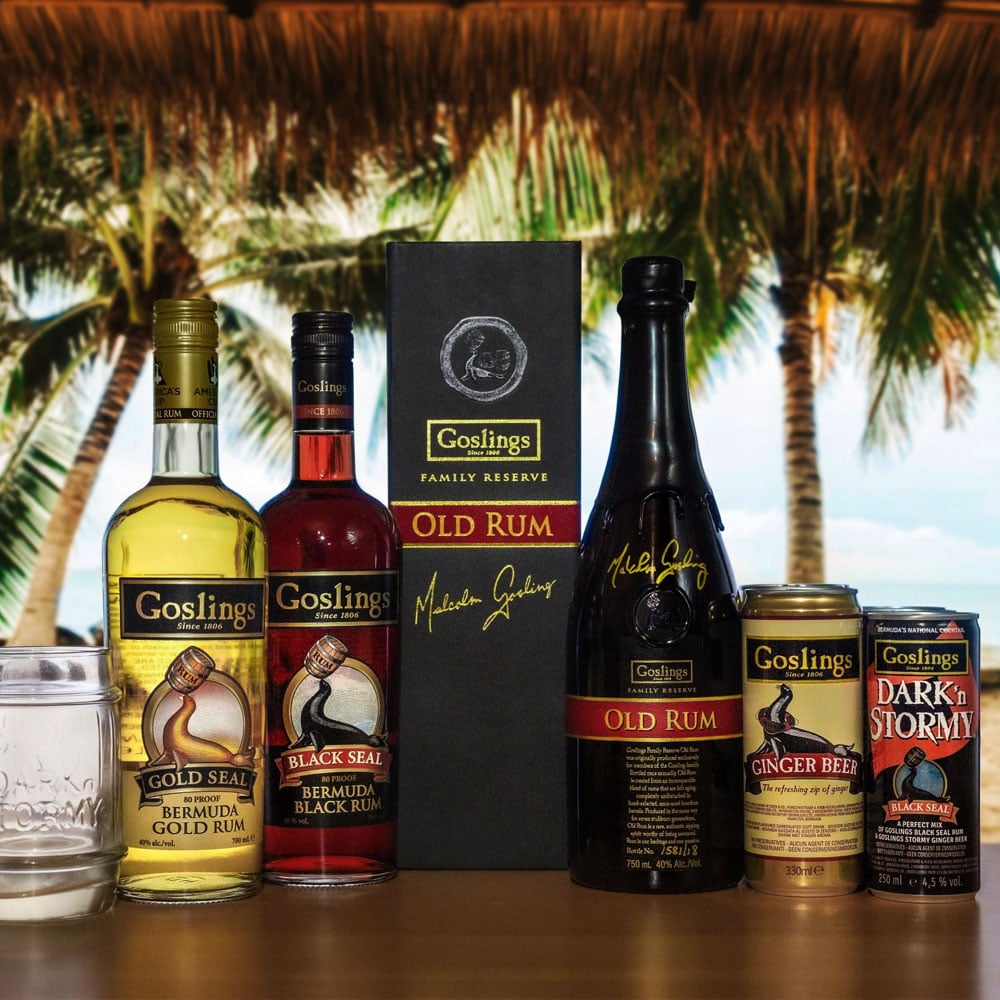 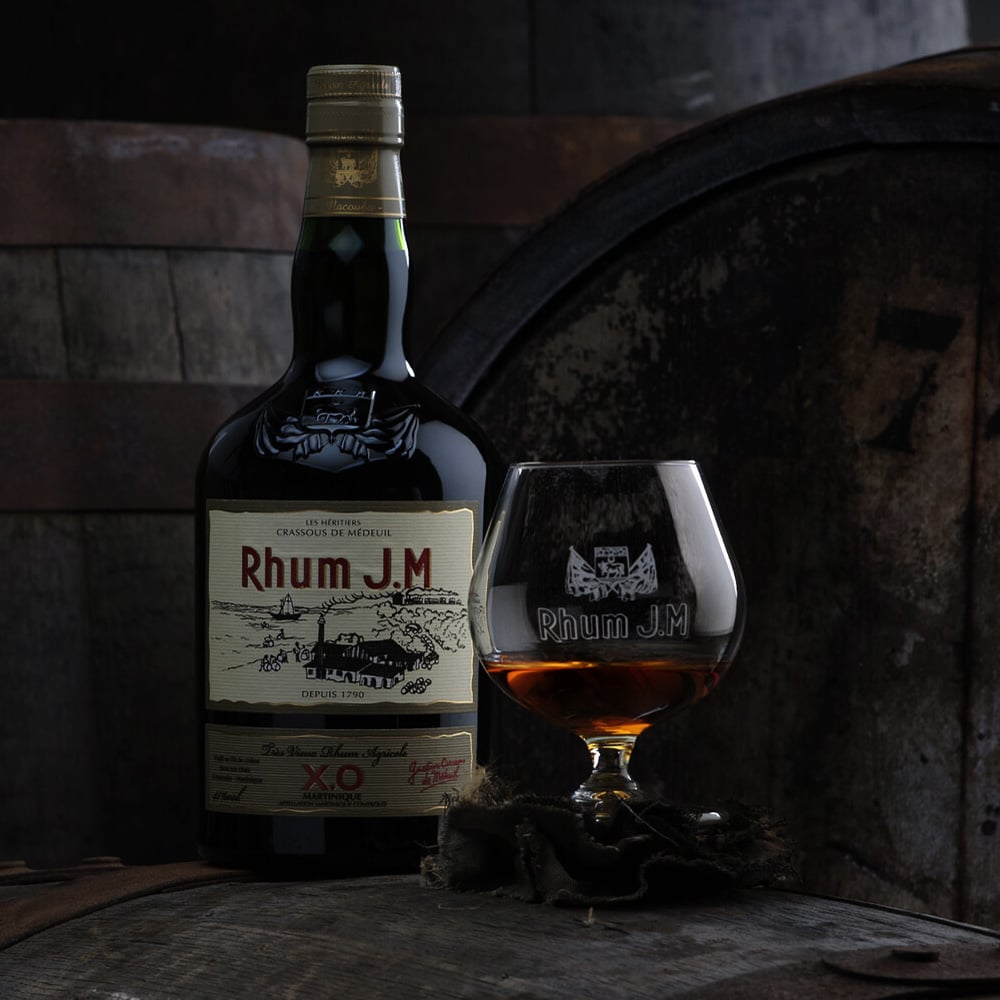 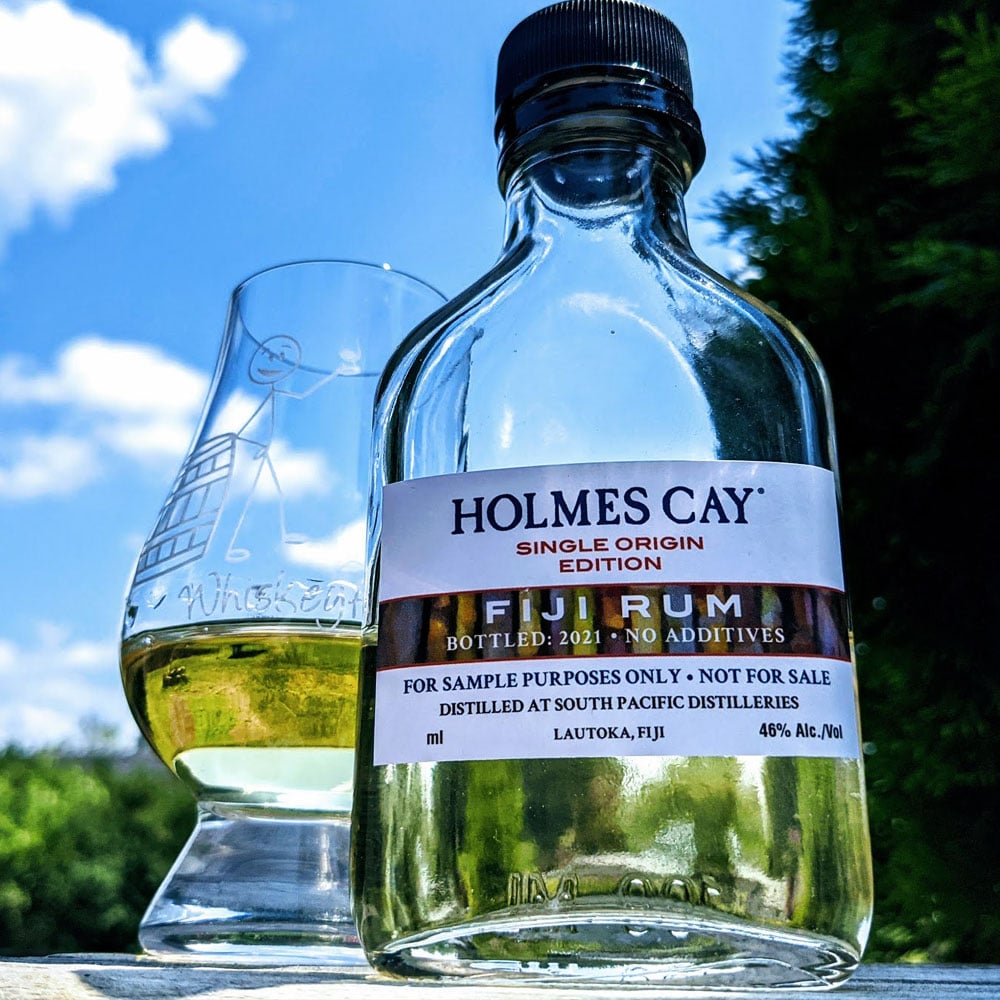