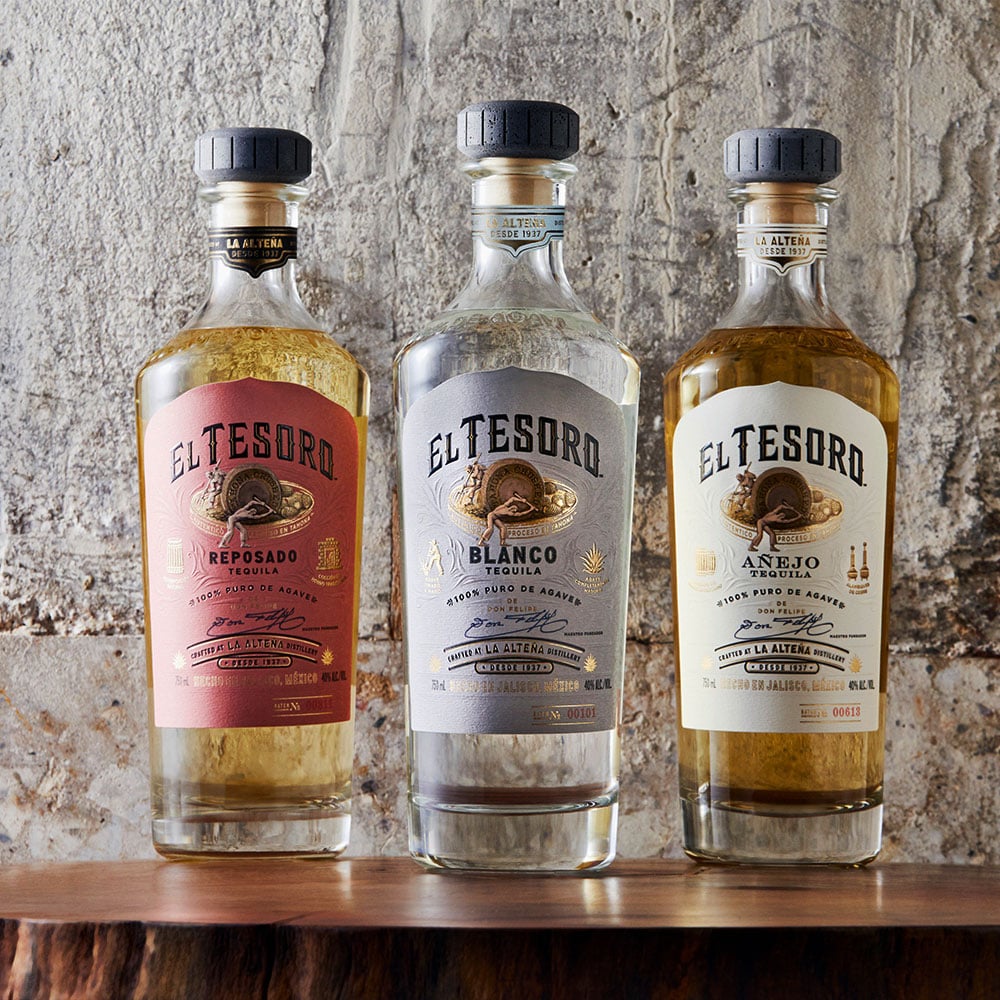 This guide will help give you an overview of what El Tesoro has to offer.

Note: the prices are in US Dollars, and for the US market, if you are outside of the US, the prices may vary. We will, however, include links to the best place to buy your ideal bottle of El Tesoro in your country.

How much is a bottle of El Tesoro?

What is the most expensive bottle of El Tesoro?

The most expensive El Tesoro bottle is probably the El Tesoro ParadisoAnejo Tequila that costs around $54.99-$306.99, which is quite on the expensive side.

Now that you have the simplest answer to the simplest questions, below you’ll find the prices and sizes of the entire range of El Tesoro Tequila, their sizes, prices, and later on, a buyer’s guide.

El Tesoro is a tequila brand with a wide range of variety that is entirely different. The brand believes in distilling tequila with passion. Here is the list of some standard bottles by the tequila brand along with their prices:

These were some standard bottles by El Tesoro. But two bottles that manage to remain at the top are given below:

Apart from a long list of standard tequila bottles, the tequila brand also has some greatly limited edition bottles which every tequila lover would love to grab. Here are a few El Tesoro Limited Edition bottles:

El Tesoro 70th Anniversary Extra Anejo Tequila is balanced tequila, a part of their limited edition. It was launched to celebrate its 70th anniversary.

El Tesoro 80th Anniversary Extra Anejo Tequila is aged in American White Oak barrels and is distilled twice. It is a part of their limited edition.

El Tesoro Anejo Tequila is aged for two to three years in American oak ex-bourbon barrels. It has a golden appearance with the aromas of jasmine and oak. The tequila delivers different flavors such as sweet agave, pepper, and oak.

El Tesoro Extra Anejo Tequila is aged in American oak ex-bourbon barrels for four to five years. It has a golden appearance with coffee, cinnamon, butter, and caramel aromas. The tequila has different flavors of coffee, dark chocolate, and dry fruits.

El Tesoro Paradiso Tequila is five years old in French Oak ex-cognac barrels. It is unique tequila with a rich golden appearance. There are aromas of butterscotch, herbs along with smoke and oak. It delivers different flavors such as butterscotch and herbs.

The history behind El Tesoro Tequila

Don Felipe Camarena was an agave producer who belonged to a family of tequila makers in Jalisco, Mexico. His family has been in the same business since the early 1800s. In the year 1910, the family’s distillery was destroyed during the Mexican revolution. After that, Camarena sold agave to different distillers until he opened his distillery in 1937. His distillery was known as La Altena distillery. The business was passed down to different generations.

The actual brand El Tesoro de Don Felipe, a joint venture, started around 1990. It was a joint venture between the Camarena family and some other premium tequila promoters. They follow some traditional methods to produce their tequila. Also, their agave is hand-harvested. Not only the process, but even bottles are labeled by hand. The brand has managed to gain worldwide recognition and high ratings.

Why is El Tesoro Tequila so popular?

El Tesoro is a family-owned tequila brand, and the business has been handed over from one generation to another. It has gained popularity due to various factors. It is because of the traditional method they use to make the tequilas that they have made them different from others. Also, they believe in harvesting agave by themselves and producing tequilas with full passion. So, from quality to flavor, everything is top-notch and premium, which has ultimately attracted tequila lovers towards the brand.

If you can drink tequila straight and you are comfortable with the hardness of the spirit, then just grab some tequila shots and gulp the heavenly liquid down your throat. It will help you enjoy the spirit’s raw texture without adding some flavors.

Just drop some ice cubes in your glass and top it up with tequila. It will dilute the spirit a little bit. It is a better option if you think the spirit is too hard for you to drink.

Nothing can be better than exploring the cocktail world. You can try different cocktails with El Tesoro tequila. You can try and make a Garden Fiesta cocktail. Just take El Tesoro tequila, agave syrup, and fresh lime juice and shake it in a tin with ice for 10 to 15 seconds. Double strain the mixture into a rimmed glass. Add some small cilantro for garnishing.

Or you can also try the Passion Paloma cocktail. Just rim your glass with salt, ancho chili, and sugar. Add ice in a highball glass, and then add lime juice, salt, El Tesoro tequila, and passionfruit puree. Stir and top it with grapefruit soda. Garnish your drink with some grapefruit peel, and you are good to go!

Sangrita is a great way to have tequila and get into your party shoes! Just add sangrita ingredients such as fresh mango, grapefruit juice, pineapple juice, lime juice, pomegranate juice, fresh tarragon, ancho chili, salt, Serrano pepper in a blender and blend until it becomes smooth. Then just pour it in a small glass and drink it after a neat shot of tequila. Sangrita is quite a famous combination with tequila shots and is loved by the tequila lovers.

You can pair up El Tesoro with almost anything. Just take a Collin glass and add tequila over ice. Stir until it becomes chill, and then add lime juice. Top the mixture with some chilled Topo Chico mineral water. Finally, you can use some grapefruit juice and wedge to garnish your ranch water. 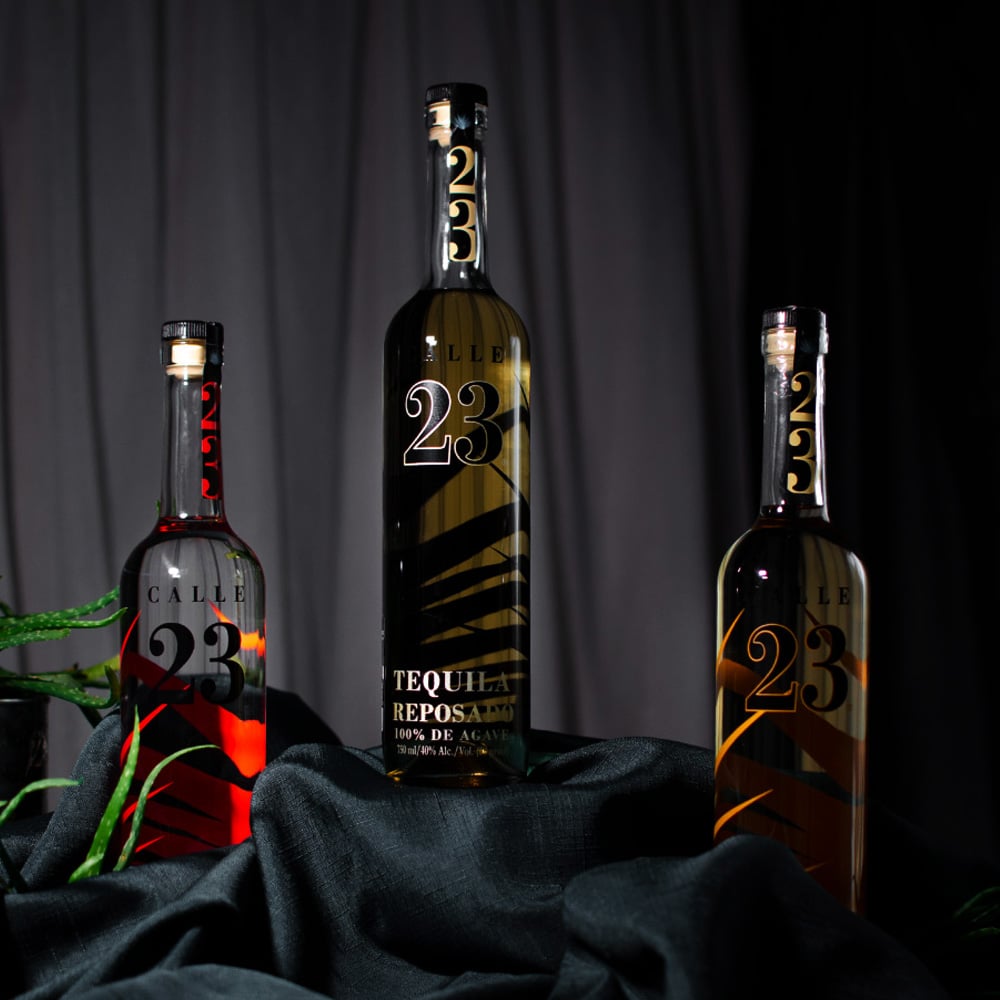 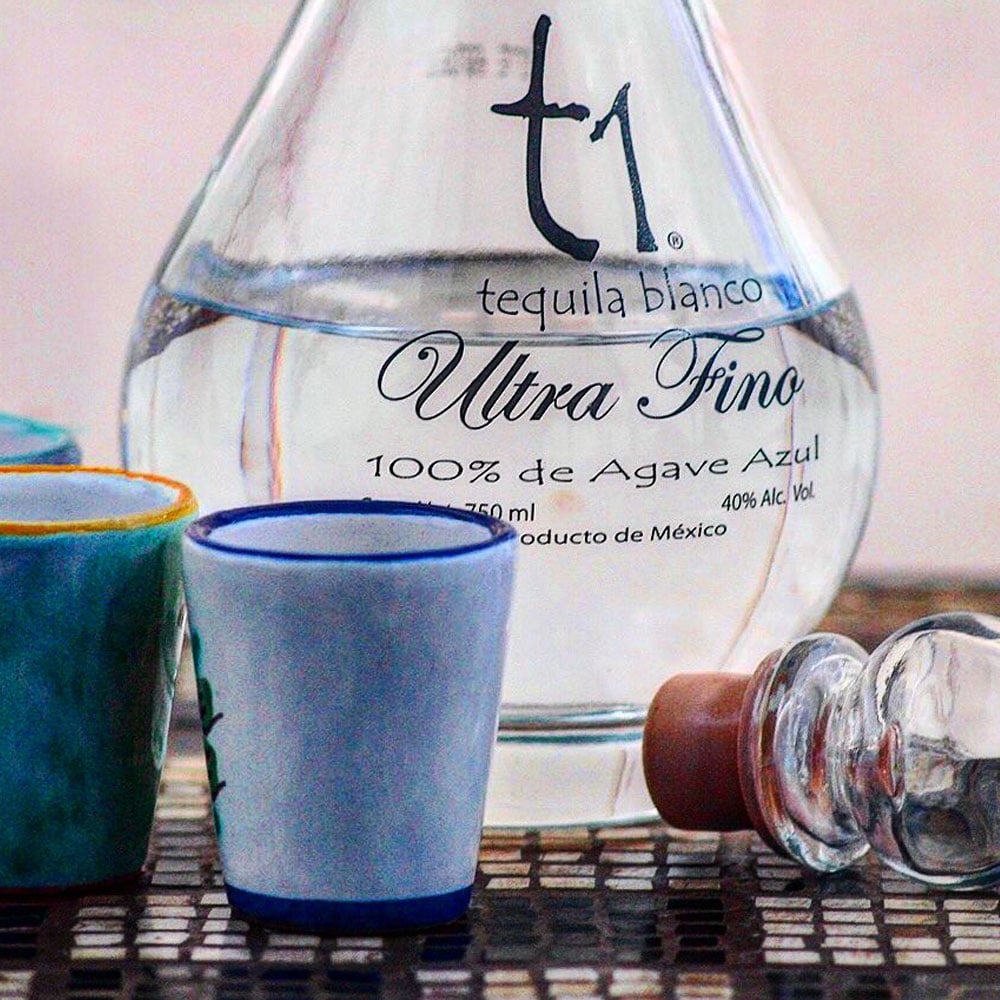 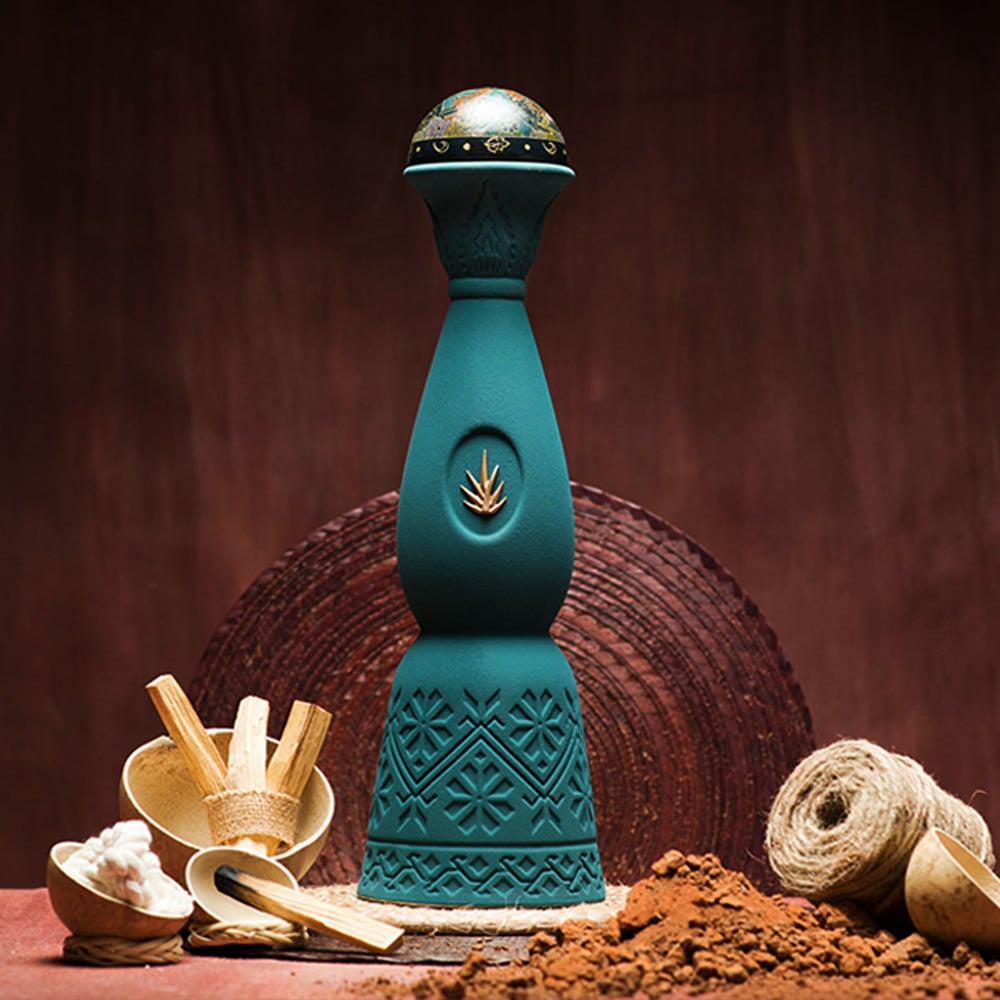 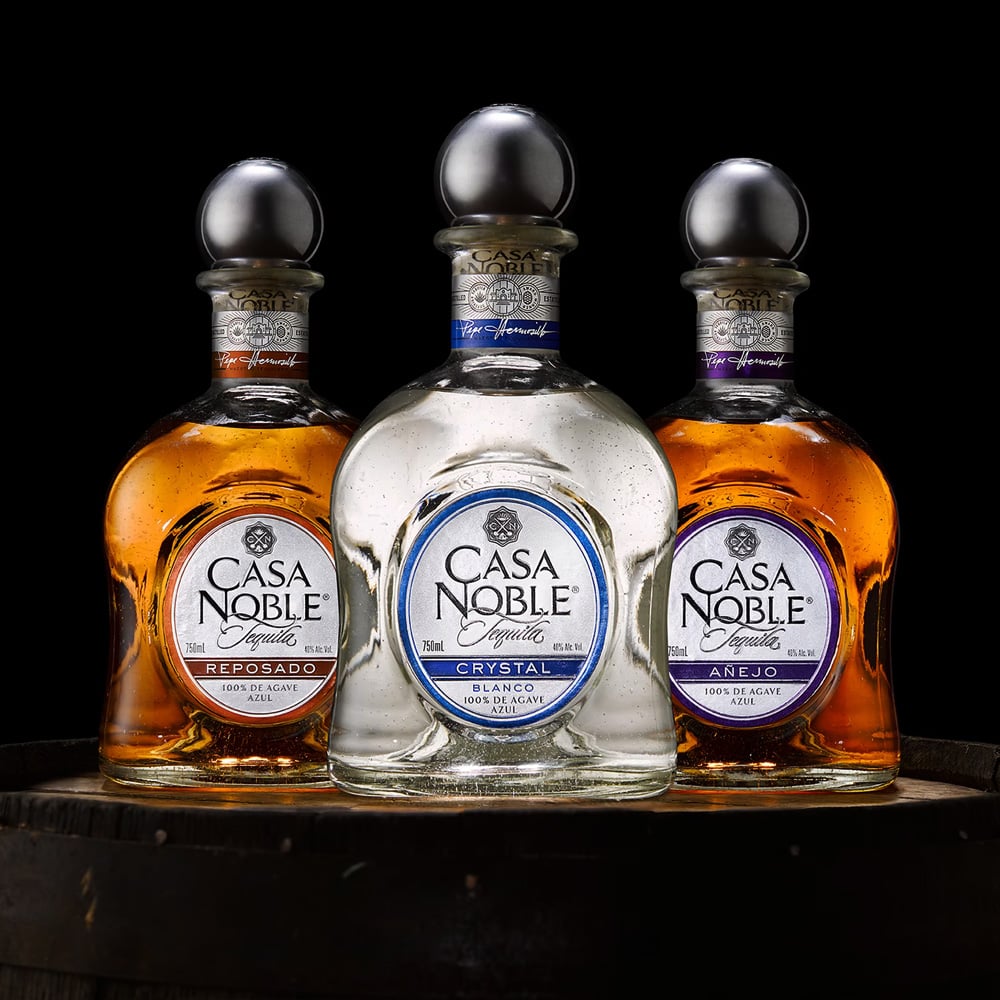 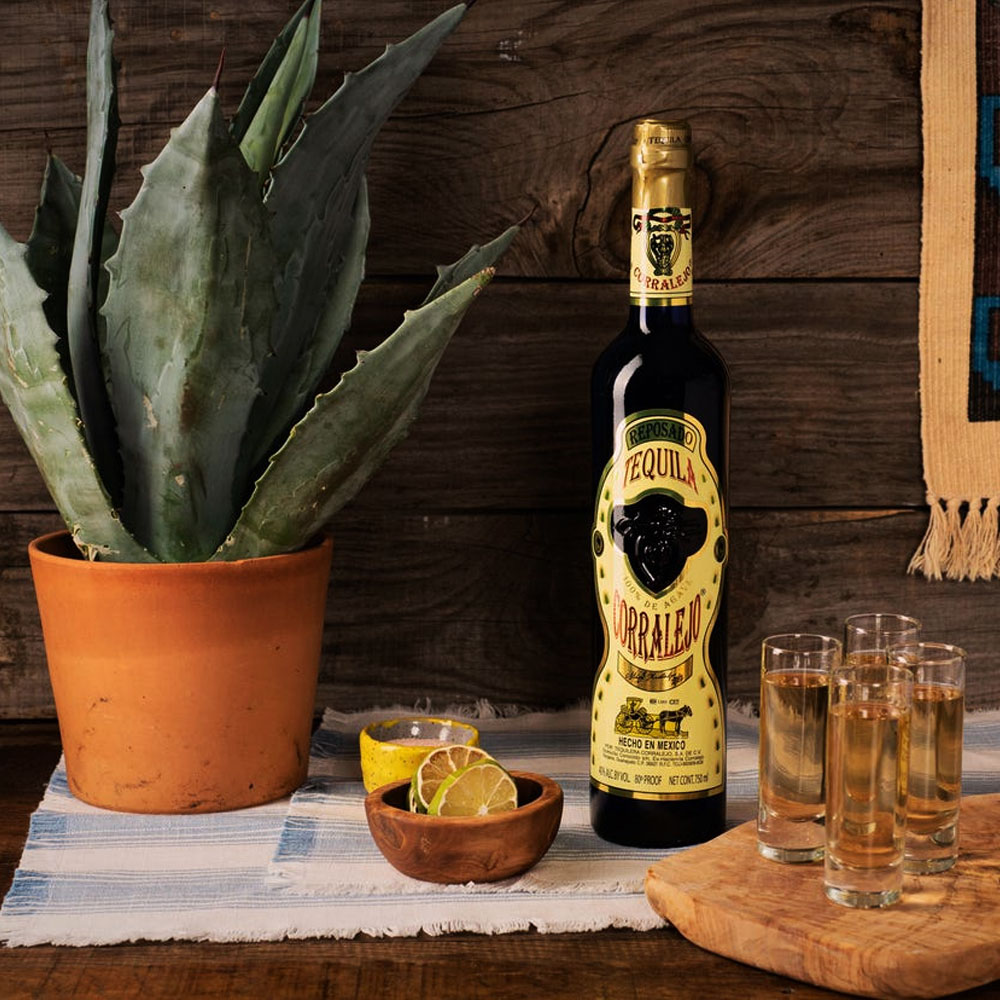