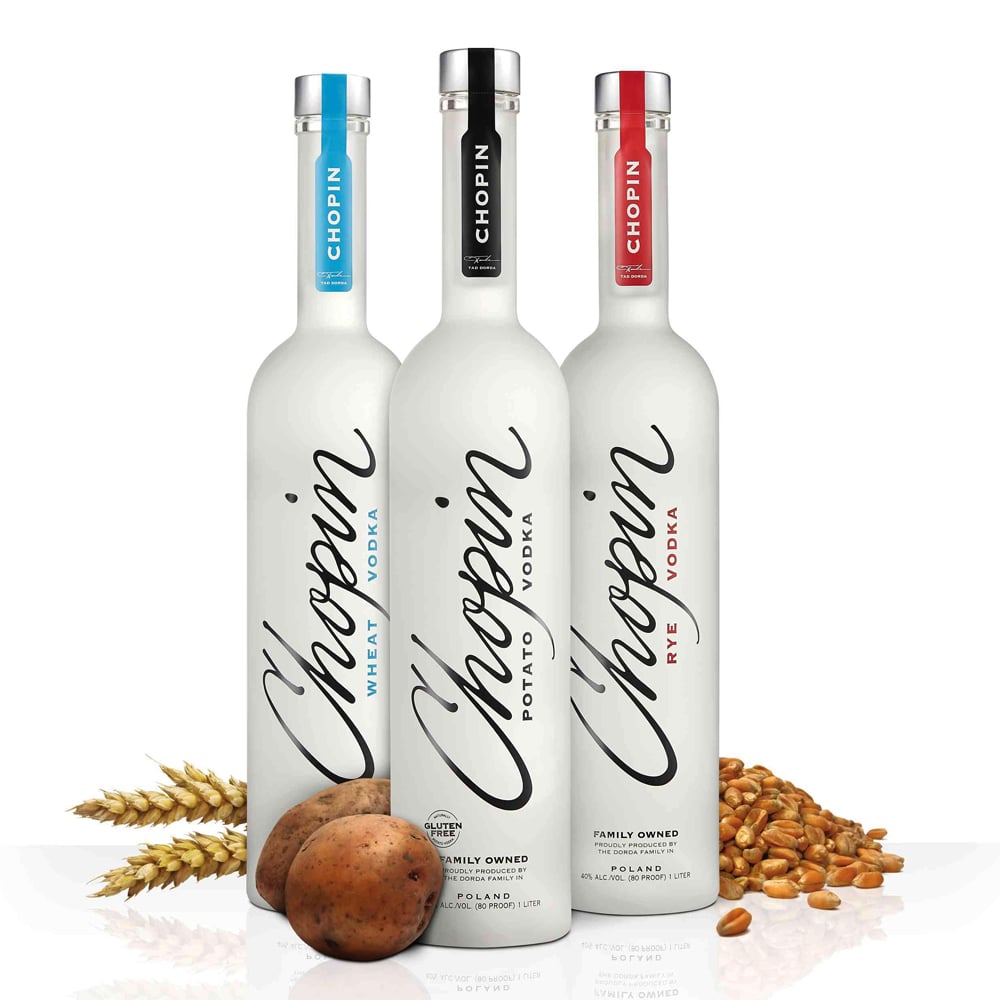 This guide will help give you an overview of what Chopin has to offer.

Note: the prices are in US Dollars, and for the US market, if you are outside of the US, the prices may vary. We will, however, include links to the best place to buy your ideal bottle of Chopin in your country.

How much is a bottle of Chopin?

What is the most expensive bottle of Chopin?

Chopin is considered an expensive and luxurious vodka brand. The most expensive Vodka by Chopin is said to be their Chopin Family Reserve which is a limited-edition vodka bottle made from young potatoes. It costs around $129.99.

Now that you have the simples answer to the simples questions, below you’ll find the prices and sizes of the entire range of Chopin Vodka, their sizes, prices, and later on a buyer’s guide.

Here is the list of Chopin’s standard vodka bottles along with their prices:

Chopin Family Reserve Vodka is a limited edition vodka by the vodka brand Chopin. It is considered the world’s first rested Vodka, which is made from young potatoes. Also, it is gluten-free. It is top-notch in terms of quality. In 2016, the vodka brand harvested small potatoes, and the Vodka is made using those potatoes. The young potatoes add on the sweet and delicate flavor to the Vodka. The potatoes were naturally grown without additional pesticides or chemicals. The spirit was then added in a 50-years old Polish Oak Barrel and was left for two years. It also has spicy tones with a medium to long finish. It has notes of clove and licorice. It is a 2019 limited edition of Vodka.

As the name suggests, this limited edition of Vodka is a team effort of Vera Wang and Chopin Vodka. Vera Wang selected potatoes that were grown in Krzesk, Poland, without any additional chemicals. It is gluten-free. Not only the Vodka but even the bottle has a unique and hand-picked design. It is a combination of an old bottle of Chipon with a modern, sophisticated touch. The traditional Chopin bottle is a matter bi-colored bottle with a poem printed on it. The poem is an ode to Vera Wang’s relation with Vodka. It is a modern bottle with great Vodka.

Vodka 200th Anniversary Limited Edition is colorless Vodka but is full of fruity aromas. It is crisp and clean in texture. There is a touch of green apple. Also, as the name suggests, it was a 200th-anniversary limited edition by the vodka brand.

Nothing can beat gold. The Chopin Blended Vodka Gold limited edition is a gem that is a blend of potato and wheat. It has earthy aromas with peppery after tastes. The gold blended Vodka is all about aesthetic and fine taste. This is surely a bottle for some elite parties.

Chopin Blended Vodka Copper Limited Edition is a blend of Chopin Rye and Chopin Wheat. The combination shows the class and skills of the Chopin distillery. It is a copper tone bottle with Vodka delivering some new taste experience. It contains delicate and sweet notes from the wheat. In comparison, the Chopin rye adds on spicy notes. In addition, it has s silky and smooth finish. It was created by WaldemarDurakiewicz, who is an experienced master distiller.

Chopin Blended Vodka Silver is an ultimate limited edition bottle of Vodka by the vodka brand Chopin. Only 10,000 bottles were produced worldwide. It is a high-quality bottle with super-premium Vodka. It is a blend of Chopin Rye and Chopin Potatoes. It has a creamy touch with earthy tones. Even the potatoes and rye used are of high quality.

Chopin Blended Indigo is a blend of Chopin Rye, Chopin Wheat, and Black potatoes. It has the sweetness of wheat and spicy notes from the rye. The bottle is classy. The blended Vodka is complex on the palate. It has edges of bourbon, vanilla, and spicy rye. Also, the finish is relatively smooth, soft, and long.

Chopin Rye Vodka is made from Polish Rye that gives a complex peppery and spicy taste. It also delivers rye bread aromas. The texture is crisp with a short and smooth finish.

Chopin Wheat Vodka is light, sweet, and delicate. It has a floral touch with great caramel notes. It has a light feel which is perfect for summer parties and cocktails. It leaves gentle and pleasant on the palate.

Chopin is a vodka brand made from single ingredients such as potatoes, rye, and wheat. The Vodka is four times distilled. In 1997, it was introduced in North America. It is produced by Podlaska Wytwornia Wodek Polmos. The name of the vodka brand was kept after Frederic Chopin, who was a romantic composer. It is one of the few vodka producers that own a distillery. Also, they produce the alcohol 100% from natural raw materials. Everything is hand-picked and selected. Also, they produce in small batches to keep the quality of Vodka high and ultra-premium.

The history behind Chopin Vodka

The vodka brand came up in the late 1990s and early 2000s. Soon the brand managed to flourish and gain popularity. In the initial stages, they focused and sold vodkas in Poland but later moved their focus to America, which was considered the largest consumer of Vodka. Chopin tried to compete with other brands and make a space for itself. It is made from unique and single ingredients. It is touted as one of the expensive and luxurious vodka brands. Apart from Vodka, the brand also produces different liqueurs, which are equally loved.

Why is Chopin Vodka so popular?

Chopin, which is said to be a luxurious vodka brand, is popular because of the quality and ingredients. The vodka brand uses only single ingredients, such as potatoes, rye, and wheat, which are all natural and contain no additional chemicals. Also, to maintain the ultra-premium quality, the brand produces the Vodka in small batches. Their prices are high as it is a luxurious brand. So, from ingredients to quality and prices makes the vodka brand is popular.

How to best drink Chopin Vodka?

Chopin is a vodka brand that makes their vodkas from single ingredients at a time. So if you wish to enjoy the raw texture of the Vodka and the ingredient, then gulp the vodka shot without a second thought.

If you are quite doubtful about the shots and wish to enjoy the raw texture without additional flavors, drop your Vodka on the ice cubes.

Cocktails are for experimental people with their drinks and wish to take their taste buds on a flavorful ride. One can try Chopin Cuban, which is an easy vodka cocktail. Just grab Chopin Potato Vodka, sugar, mint, and lime juice. Shake all the ingredients in a shaker. Strain it in a glass and sparkle some champagne.