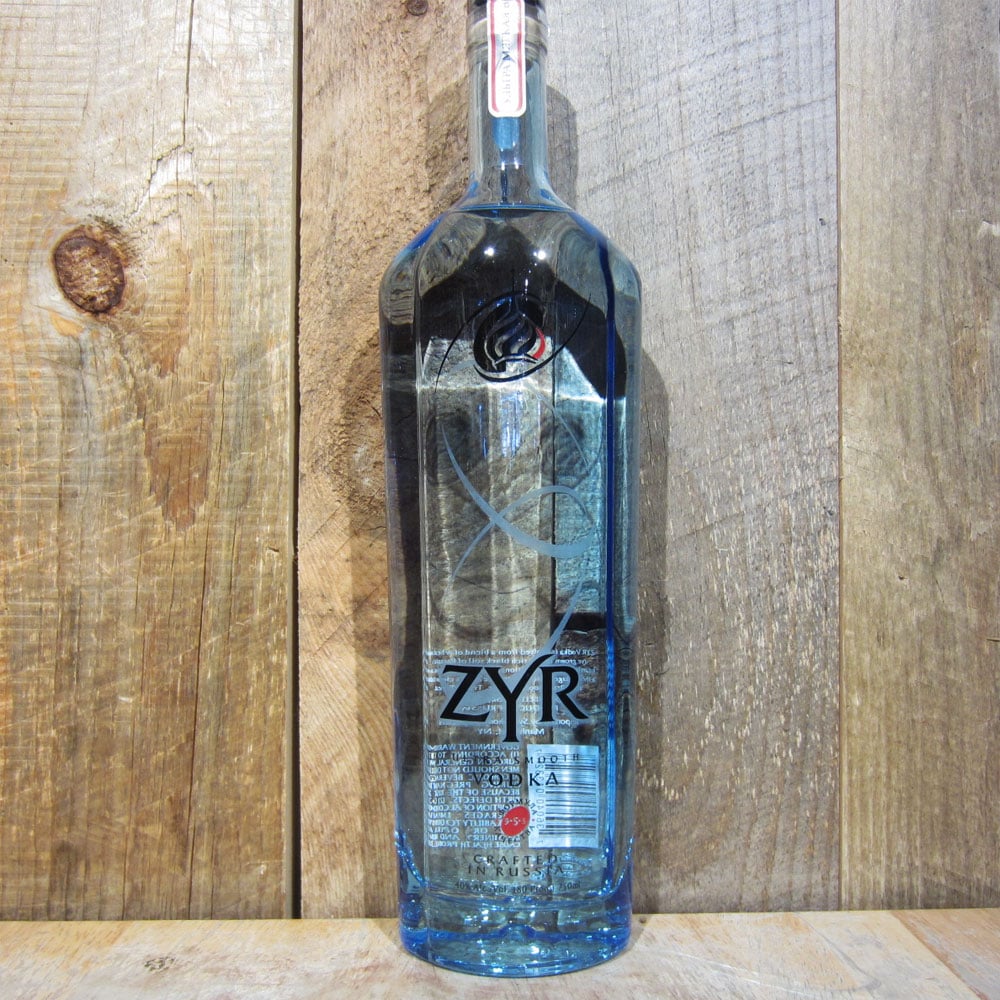 This guide will help give you an overview of what Zyr has to offer.

Note: the prices are in US Dollars, and for the US market, if you are outside of the US, the prices may vary. We will, however, include links to the best place to buy your ideal bottle of Zyr in your country.

How much is a bottle of Zyr?

What is the most expensive bottle of Zyr?

Zyr is considered an ultra-premium brand. The most expensive Zyr Vodka bottle is the Zyr Ultra Smooth Russian Vodka 1.75 L that costs around $49.99.

Now that you have the simplest answer to the simplest questions, below you’ll find the prices and sizes of the entire range of Zyr Vodka, their sizes, prices, and later on a buyer’s guide.

Zyr has an excellent finish. Here is the price of the top Zyr Vodka bottle.

Zyr is a brand known for its smoothness and quality. Here is a little bit about the standard bottle of the vodka brand along with its price.

Zyr is a Russian-based vodka brand that was released in the year 2003. Zyr has pronounced as ‘zeer.’ The name of the brand is a short form of zyrkalo mira which means the reflection of the world. It is grain vodka made from winter wheat and rye. The wheat and rye used to make the vodka comes from areas nearby Moscow. The vodka brand is known for making the smoothest Russian vodka.

The brand follows a formula of 9-5-3, which stands for nine filtrations, five distillations, and tasting of the product that is done thrice. The procedure helped the brand to maintain the quality of the vodka.

The history behind Zyr Vodka

Zyr was introduced in the year 2003 by its founder David Katz who is an American but has Russian roots. Earlier it was believed that the Russian Vodka was almost over, and there would be no Russian Vodka brand to compete with other world-class vodka brands. But it was Katz who thought of bringing Russian Vodka into the market. The name is a short form of zyrkalo mira, a reflection of the world, and so was the founder’s perspective. He wished to reflect the modern Russian through vodka. The vodka brand was sent for reviews, and it managed to win the hearts and awards.

Why is Zyr Vodka so popular?

Zyr is Russian-based vodka that is popular because of its uniqueness. First of all, it is considered a premium vodka and is one of the best Russian vodkas that can compete with other world-class vodkas. It follows a specific formula that manages to maintain the quality. So, it is the quality and smoothness that make it so popular.

How to best drink Zyr Vodka?

There are various ways to drink Zyr Vodka. Here are some suggestions that can win your heart.

Zyr is considered one of the smoothest vodkas and if you wish to feel the smoothness on your palate, just take a shot.

Just cool down your drink by splashing it over some ice cubes, and you are good to go on the smoothest ride of your life.

Cocktails are always an option. If you are a martini lover, then try Zyr martini. Take a chilled martini glass and add on shaken Zyr Vodka with Martini olives. Gimlet is another cocktail in which just adds fresh lime juice and zyr vodka. Garnish it with a lime wedge.

If you wish to play safe, then add Zyr vodka in a glass and add some soda. The skinny soda is easy and secure in terms of flavors.