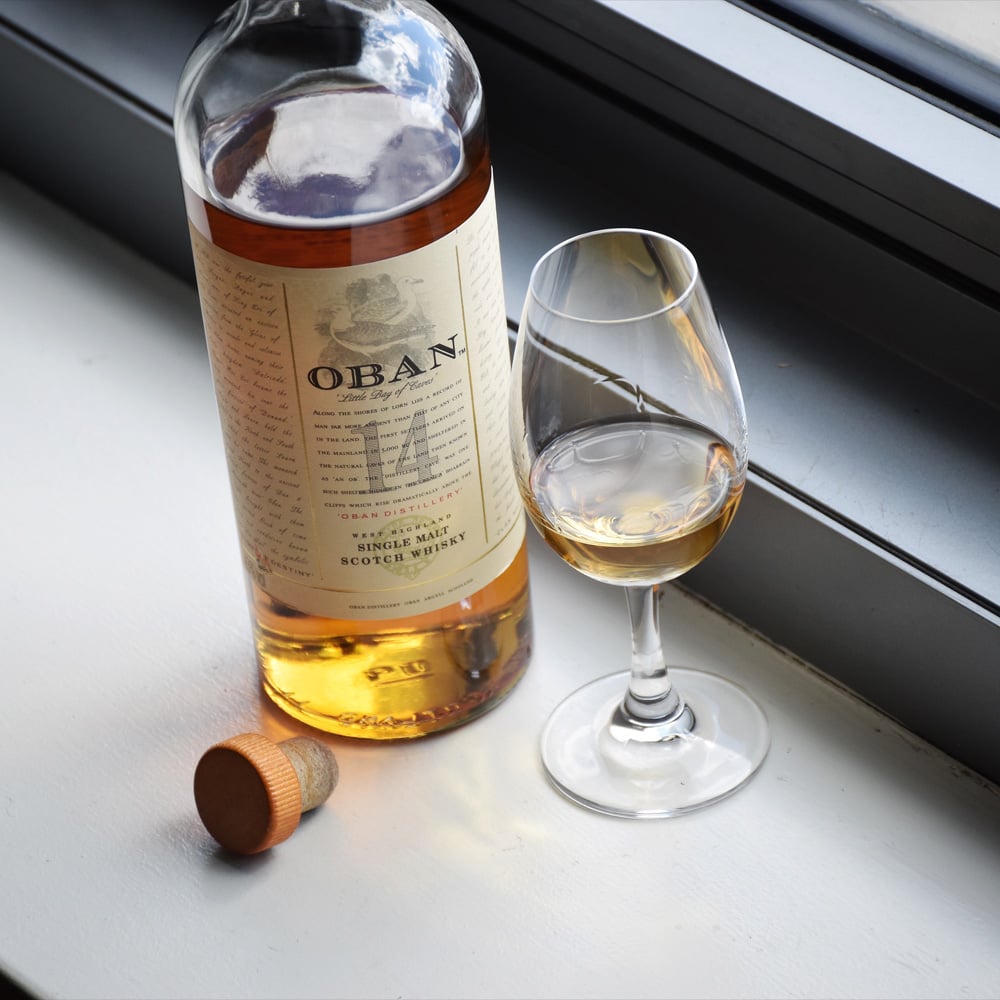 This guide will help give you an overview of what Oban 14 Years Old Scotch has to offer.

Note: the prices are in US Dollars, and for the US market, if you are outside of the US, the prices may vary, we will, however, include links to the best place to buy your ideal bottle Oban 14 Years Old in your country.

How much is a bottle of The Oban 14 Years Old Scotch?

What is the most expensive bottle of Lot The Oban 14 Years Old Scotch?

Now that you have the simplest answer to the simplest questions, below you’ll find the prices and sizes of the entire range of The Oban 14 Years Old Scotch; their sizes, prices, and later on a buyer’s guide.

This bottle of full-bodied highland malt scotch has a smoky and salty finish. Oban is made in Scotland, and the 14 years bottle has 43% alcohol content. Its scent is quite citrusy with notes of orange, lemon, pear, and a dash of saltiness. The tasting notes are of smoky dried fig and a hint of spice. This single malt has a full-bodied feel with a long, smooth oaky sweet finish. The Oban 14 Years Old Scotch has been celebrated with many international awards. In 2018 it was a finalist at Ultimate Spirits Challenge. Also, in the same year, it won bronze in the New York International Spirits Competition.

About The Oban 14 Years Old Scotch

As a Scottish scotch brand, Oban produces a total of four bottles. The Oban 18 and 14-year-olds are Oban Little Bay and Oban Distillers Edition. The 18-years-old is a limited edition bottle, elegantly matured single malt with fruity, spicy wood flavors. Distiller’s addition is a true gem, unique in terms of taste with caramel, toffee, smoky butterscotch sweetness. The Oban 14 years is their most popular bottle. It has won medals at international competitions in San Francisco and New York. It is the perfect blend of saltiness, sweetness, and a smoky honey finish.

The history behind The Oban 14 Years Old Scotch

The journey of Oban and its alcohol-making began in 1794, more than 200 years ago. The distillery is situated in Oban just by the sea. The business was founded by Hugh and John Stevenson, who were brothers as well. Oban’s climate nested between the West Highlands, and its fresh bay water has always been its main strength. You can also visit the distillery in Scotland for a tour and tasting.

Only seven men are working at the distillery, so they are well trained for the job. Their attention to detail and respect towards consistency and tradition have helped the brand stay relevant. Although such a small-scale distillery, the brand has made quality bottles like the Oban 14 Years Old Scotch 18 years old scotch with finesse and precision.

Why is The Oban 14 Years Old Scotch So Popular?

For lovers of smoked and salty single malts under a hundred dollars, The Oban 14 years has proven to be a great fit. The bottle and packaging in ivory white and light gold is attractive and appealing. The scotch has a caramel honey hue which looks rather exquisite. At its price point, there is no other scotch that is aged for so long and made with such quality harvest. The scotch bottles of Oban has had many great reviews and remained has popular Scottish single malt for over two hundred years.

How to Best Drink The Oban 14 Years Old Scotch?

People of Scotland surely love their scotch and also produce some of the best ones in the international market. There are many ways to enjoy single malt. You can taste a first sip neat, only if you wish to enjoy the full favors. However, a Scotch like The Oban 14 years does not need to be diluted with too much water. You can have your scotch on the rocks or better add it to some ginger ale, tonic or lemonade. Covering up the layers bold flavors of a good scotch is never recommended.