The options are endless when you’re looking for the best bottle of Scotch.

You’ll find plenty of top-shelf options, one more expensive than the next. But what you won’t find a guide to really help you break down and understand which brand of Scotch you never knew you wanted.

Scotch Might not be your first choice for an on-the-rocks sipper.

But on this list, you’ll find absolutely divine flavors, and you will learn to enjoy Scotch like you never have before.

Below, you’ll find our list for the top brands in the world and a buyer’s guide to Scotch, as well as answers to how it’s made and what types are there.

Finally, we’ll round off this article with tips on how to drink and really enjoy Scotch, as well as the key tasting notes and vocabulary you’ll need to become a true aficionado.

Contents hide
1 The 11 Best Scotch Brands you can buy
2 The Beginners Buyer’s Guide to Scotch
3 The Most Expensive bottle of Scotch in the world
4 Glossary of terms. What you need to know for Scotch
5 Methodology, how we select the best Scotch brands

The 11 Best Scotch Brands you can buy

Before we introduce the best Scotch brands you can try this year, let us list the top 5 brands that are ranked based on:

Now, let us introduce the 11 best Scotch brands in the world:

Ardbeg 10 Year Old is a popular single malt whisky Scotch from Scotland. This popular Scotch is produced in Ardbeg distillery that was founded in 1815 and is owned by Louis Vuitton Moët Hennessy. Ardbeg 10 Year Old was launched in 2000 and became a pretty popular choice right after. In fact, this bottle of Scotch is one of those few Scotches that once topped the list and never looked down.

Ardbeg 10 Year Old has an ABV of 46% and comes in a deep golden color. The taste of this drink will most likely give off the tastes of toffee, toasted marshmallows, cinnamon, peat, and cappuccino. In addition, you can expect black pepper with smoked fish, crispy bacon, menthol, and smoky fruits with some lemon as of its aroma.

This single malt whisky has also won some of the prestigious awards, including the World Whisky of the Year – 2008 by Jim Murray’s Whisky Bible, First Rank in Best Single Malt Scotch 10 Years by  2015 International Whisky Competition, Silver medals in International Spirits Challenge 2017 and 2019, a Gold in The Scotch Whisky Masters in 2013, and many more.

Overall, Ardbeg 10 Year Old is an affordable yet classy bottle of Scotch that you can enjoy with your friends.

Johnnie Walker Gold Label Reserve comes from Johnnie Walker, a well-known Scotch brand that has widely spread its products all around the world since the last few decades. Johnnie Walker is a brand established by a grocer named John Walker. The brand’s official whisky blends were introduced in 1865, and today almost over 223.7 million bottles of Johnnie Walker 700ml are sold all over the globe per year.

Johnnie Walker Gold Label Reserve has no age statement and comes with an ABV of 40%. It is beautifully honey-like in terms of color and smells like salted caramel, kettle corn, malt, and oak. As for its taste, you can expect sweet, buttered corn, charred oak, and sweet vanilla. You can also feel subtle crispiness on your first few sips that will give off a smoky finish.

If you are looking for a true classic bottle of Scotch, Oban 14 Years Old is one of the best choices for you. Oban distillery, which was founded by John and Hugh Stevenson in 1794, is the sole producer of this masterpiece. This distillery is mainly known for Oban 14 Years Old that had been marketed under the “classic malt selection” bottle range and gained quite a popularity. This bottle was released in 1988 and is also available under the “Distiller’s Edition’’ range.

As the name already suggests, Oban 14 Years Old is a 14 years old, beautifully packaged whisky Scotch with one of the most fantastic tastes of all time. It is an 80 Proof, single malt Scotch with sweet aromas of pudding, toffee, subtle smoke, along with tropical fruits along with lychee, orange, pineapple, etc. As for its taste, you can expect a buttercream frosting like feeling on your tastebuds, followed by fruity pineapple, orange, and lychee. You will also experience the sweetness of caramel, with salty and almond like flavors. It surely is one of the greatest choices for an exclusive family dinner.

Laphroaig 10 Year Old Islay Single Malt is not just known for its medicinal malts, but it is an exceptional Scotch with an ABV of 40%. It is aged 10 years and gives off smoky, spicy, classic notes on the nose. As of its taste, you will experience sweet vanilla ice cream with smoky spices that eventually taste like black pepper, chili, or cardamom. It surely has a tough and rich flavor the Scotch lovers would like to enjoy.

Arran Robert Burns Single Malt Scotch Whiskey is an infamous product by the Arran distillery that is located in the Isle of Arran. This distillery was founded in 1995, and it sources its water for production from Loch na Davie.

This single malt Scotch is aged for 6 years in Sherry casks and is gorgeously golden in color. It has the perfect combo of sweet vanilla notes and pure malt. You will also experience the fruity tastes of pears and apples along with woody and spicy notes. The finish of this drink lasts long, is bitter, but quickly gives off the sweetness of milk chocolate, hazelnut, and vanilla. As for its aroma, you should expect rich honey, sweet, chocolatey, spicy caramel, and barley.

It surely is one of the best-selling, flavorful bottles of Scotch people around the world love to enjoy.

On the other hand, Ballantine’s Finest Blended Scotch Whiskey is the #1 choice when it comes to the best Scotch whisky in Europe and holds the position of #2 globally. This blended Scotch is a combination of both grain whisky and malt whisky that are produced in different distilleries. It comes with an ABV of 40% and is light golden in color. It is a smooth Scotch whiskey with a slight taste of sweet vanilla with a tint of spices. It has a warm, sweet, and long-lasting finish. As of its aroma, you will not only enjoy the sweet smell of spice but also a part of peat.

This bottle of Ballantine’s has also won several prestigious awards, including the International Spirits Challenge, and the International Wine and Spirit Competition. It surely is a great choice to enjoy with friends and family.

If you are looking for a Scotch whisky that will fulfill your thirst for enjoying the best Scotch cocktails, Monkey Shoulder Blended Scotch is the best choice for you. In fact, it said that this bottle is meant to be enjoyed as a mixed drink, gracefully created with other fresh ingredients.

Monkey Shoulder Blended Scotch is a creamy, malty-tasting Scotch that also gives off the fresh tastes of toasted barley, butterScotch, honey, cloves, berry fruits, and dried apricot. The finish does not last for very long, but its medium-ranged finish gives off the taste of spicy oak and peppermint taste. In addition, you can expect vanilla, cocoa, and winter spices like cinnamon, cloves, and nutmeg as of its aroma.

Glenlivet 12 Year Single Malt Scotch Whiskey is a production of the infamous Glenlivet distillery that was established in 1824 by George Smith. However, in recent years, Pernod Richard has owned the distillery. Like other authentic Scotch producing brands, the company also offers different aged Scotches, including the 12 year, 14 year, 15 year, 16 year, 18 year, 21, and 25 year old Glenlivet Scotch.

However, Glenlivet 12 Year Single Malt Scotch Whiskey is known to be one of the top-shelf Scotch. The bottle was reintroduced in 2018 and is aged in their old bourbon European and American oak barrels. It indeed is the best Speyside single malt Scotch that looks and tastes elegant. This 80 Proof 12 year old single malt Scotch whiskey is gorgeously light golden and smells like citrus with vanilla and honeysuckle. When you sip it, your tongue will feel the hints of toffee with some sweet vanilla and candied nut. The finish is as perfect as you would want it to be; sweet with a tint of vanilla and lemon zest.

Thanks to George Smith’s self-designed copper stills, Glenlivet, along with the rest of the ranges, have gained popularity as one of the best bottles of Scotch ever. In fact, this bottle also proudly owns a Gold medal by International Spirits Challenge under Distillers’ Single Malt 12 years and under choice 2020.

Chivas Regal Aged 12 Years is an authentic Scotch produced by the Chivas Brothers under the brand name Chivas Regal. The company was first introduced in 1801 and has been producing Chivas Regal aged 12, 15, 18, and 25 years old Scotch whiskies. In fact, the brand is known to be the 4th best seller blended Scotch whisky brand in the world.

Chivas Regal Aged 12 Years, however, is one of the best-selling products with an ABV of 40% and is produced with grain and malted barley. This Scotch is aged for 12 years in ex-sherry casks and ex-bourbon casks. Chivas Regal Aged 12 Years has a beautiful light golden appearance and smells like butterscotch with lemon undertones, hay, and honey. As of its taste, you will feel the barley flour, with white pepper and walnut. However, the finish will give you the sensation of citrus peel, maybe some jasmine, and flint rock.

Chivas Regal Aged 12 Years is an excellent value for money and is apparently known as ‘ the blend for grown-ups.’ However, it tastes more than just delicious when you add a platter of seafood to it. Chivas Regal Aged 12 Years also proudly owns Gold medals from the International Spirits Challenge, The Scotch Whisky Masters 2015 and 2018, and Silver medals from the International Wine & Spirit Competition 2014,  2017, and 2019.

Lagavulin 16 Year-Old Single Malt Scotch Whiskey is a popular Scotch produced by the Lagavulin distillery. Lagavulin distillery was established in 1816 on the southern part of Islay island. The brand offers a wide range of Lagavulin aged Scotches, including the 8 year, 12 year, 16 year, 21 year, 25 year, 30 year, 37 year, and an 11 year old Offerman edition of Lagavulin Scotch.

Lagavulin 16 Year-Old Single Malt Scotch Whiskey (ABV of 43%) is the flagship expression of the distillery and officially the best bottle of single malt Scotch. When you taste it, you will feel a very rich and thick sip with sweet, fruity sweetness and a robust taste of oak and peat. The finish lasts with spicy, vanilla-like dates and a smoky peak aftertaste. But, on the other hand, the aroma is all about the smoke, spices, and mature sherry flavors. It truly is a widely loved masterpiece.

The Beginners Buyer’s Guide to Scotch

Scotch itself is an authentic drink that is not only elegant but is almost the perfect type of alcohol that will suit you. But if you are taking baby steps towards trying Scotch for the recent times, here is a mini-guide that will tell you everything you must know about Scotch.

Here is how the experts produce your favorite Scotch whiskies:

The Most Expensive bottle of Scotch in the world

The most expensive bottle of Scotch in the world is the Isabella’s Islay that is worth $6.2 million. This super-premium bottle was first launched in 2010 by the Uk-based Luxury Beverage Company. It comes with 8,500 diamonds and at least 300 rubies attached to the bottle. Pretty sparkling, isn’t it? It is a single malt Scotch whisky with very little or almost no information about its taste and other vital details.

Glossary of terms. What you need to know for Scotch

Apart from everything else, here are the top 3 terms you must know about:

Methodology, how we select the best Scotch brands

Here is how we choose the best Scotch brands for you:

They are the best choices for expert drinkers as well as beginners. 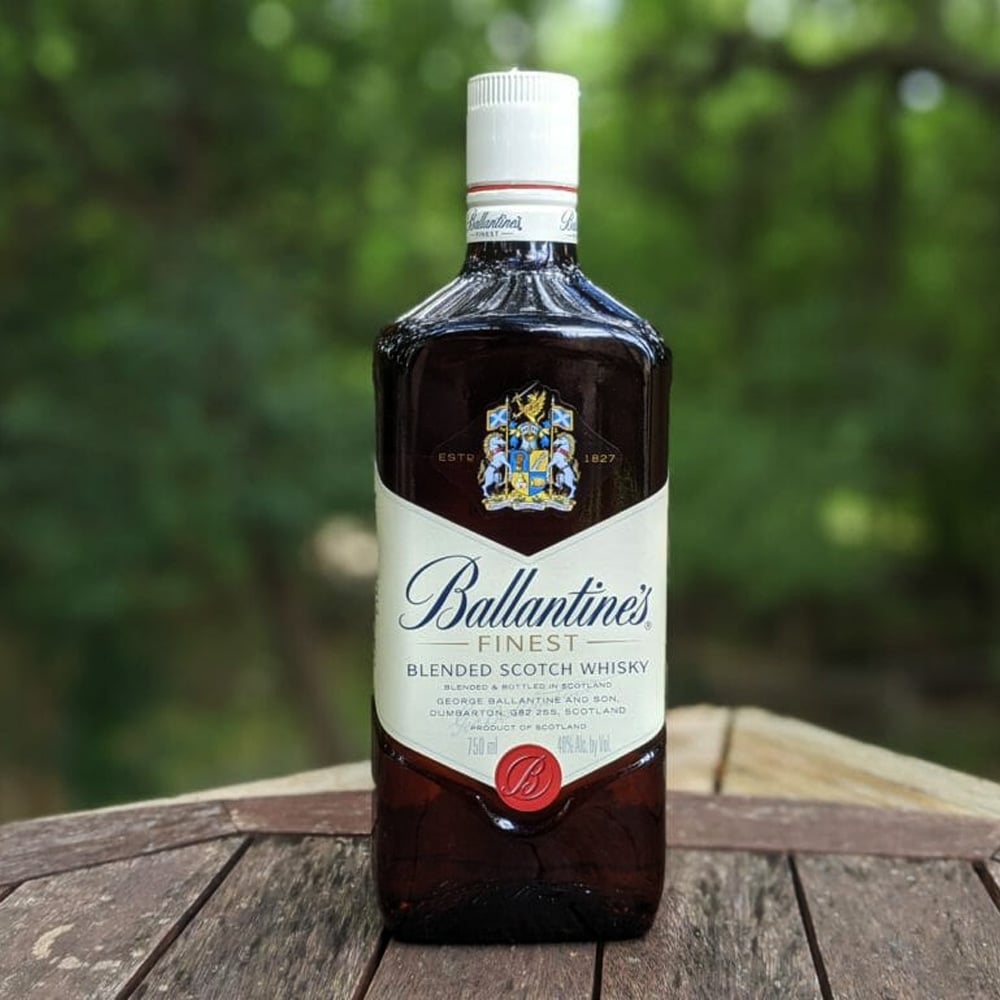