The Best American Vodka Brands you can enjoy 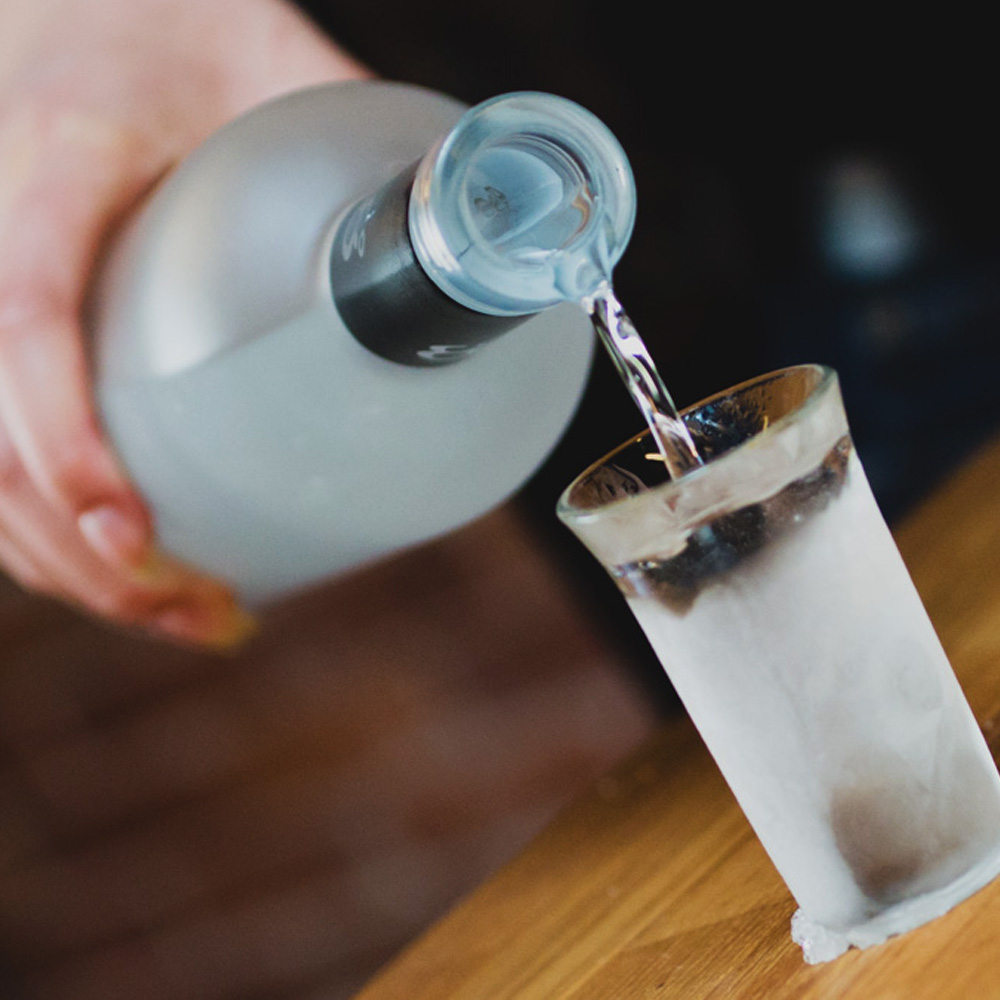 The options are endless when you’re looking for the best bottle of American Vodka.

You’ll find plenty of top-shelf options, one more expensive than the next. But what you won’t find a guide to really help you break down and understand which brand of American Vodka you never knew you wanted.

American Vodka might not be your first choice for an on-the-rocks sipper.

But on this list, you’ll find absolutely divine flavors, and you will learn to enjoy American Vodka like you never have before.

Below, you’ll find our list of the top brands in the world and a buyer’s guide to American Vodka, as well as answers to how it’s made and what types are there.

Finally, we’ll round off this article with tips on how to drink and really enjoy American Vodka, as well as the key tasting notes and vocabulary you’ll need to become a true aficionado.

Now, let us introduce the best 7 American Vodka brands you must definitely try once in your lifetime:

Tito’s is a famous vodka brand that was established by Tito Beveridge back in 1997. This popular brand offers the perfect pure handmade American vodka that is distilled six times. In fact, Tito’s offers an unaged vodka selection for vodka lovers. The brand in recent days is one of the highest-selling vodka brands in the world. They produce at least 500 bottles every hour and have sold over 3.8 billion Tito’s handmade vodka all over the country.
Tito’s offers 80 proof vodka bottles made with yellow corn, making it one of the purest, smoothest, and unflavored bottles of handmade vodka. Even though Tito’s Vodka only offers their original vodka, it is made in such a way that you can not only sip it raw, but can also infuse it with your favorite fruits. Other than that, Tito’s handmade vodka is one of the greatest choices if you are a cocktail lover.

OYO vodka is another unique American vodka brand that is made with Ohio soft red winter wheat that is grown organically. This brand was introduced back in 2008 by Middle West Spirits. It is an Ohio-based vodka company that offers four different vodkas with an ABV of 40%. Two popular American vodkas by this company are Stone Fruit Vodka and Honey Vanilla Bean vodka. It has a very smooth texture and light hints of medicinal and vanilla flavors. The brand offers a very light vodka, filled with sweet flavors.

Indigenous Apple is an extraordinary American vodka that is distilled by Tuthilltown Distillery. This brand does not offer apple flavored vodka, in fact, they offer vodka made with 80 Hudson valley apples. These apples are then converted into cider and then properly distilled in 20-plate copper still pots. This New York based vodka brand comes with an ABV of 40% and light yet fresh notes of fruits, honey, apple, and vanilla. Tuthilltown Distillery distills their infamous Indigenous Apple vodka twice for a crisp taste and texture.

Indigenous Apple vodka has gained quite a popularity amongst young adults and experts who love enjoying a chilled glass of flavored vodka. In fact, this brand has also won popular awards worldwide, including the Craft Spirits Awards 2014.

Hangar 1 vodka is one of the most widely-loved American vodkas that has beaten several old vodka brands in the game of spirits. This brand was founded in 2001 and later introduced officially by the year 2002. The original brand, rather the distillery, named St.George Spirits, was founded in 1982 by Jörg Rupf. This distillery was known to be the first distillery in America that produced colorless, fruit brandy.

The brand offers vodka made with American wheat, distilled in a column still pots. In fact, it provides a variety of vodka flavors, including Fraser River Raspberry, Buddha’s Hand Citron, Maine Wild Blueberry, Spiced Pear, Wasabi, Chipotle, Straight, etc. Hangar 1 has gained expert acknowledgments from all around the world and has also scored great numbers by Wine Enthusiast 2005.

Spring 44 is a popular American vodka brand founded by Jeff Lindauer and his friends Russ Wall and Jeff McPhie. This brand was introduced in 2008 and immediately became a favorite to many vodka lovers around the world. Spring 44 is a high-quality vodka made with natural spring water that is located on the Buckhorn Canyon mountain. In fact, this brand was inspired by a special ritual that took place in the Canyon spring.

The brand offers two different vodka varieties named Honey Vodka and Vodka. These American vodkas are a mix of great flavors, including butterscotch, lemon, vanilla, sweet, ginger, etc. it has an ABV of 44% and is great for cocktails.

New Amsterdam is a vodka brand under the E&J Gallo Winery in California. However, New Amsterdam vodka was introduced to the world in 2011. Ever since it has become a brand that can be tagged as one of the best American vodkas in the world. It has not only spread its popularity in the US, but also in other different countries. It has sold up to 1 million vodka bottles within the first year of its launch, making it the first-ever vodka brand to do so.

This brand offers vodka that is distilled five times in order to achieve a crisp, smooth, and delicious vodka flavor. In fact, not only a few, but you can enjoy a great number of flavored New Amsterdam vodka such as pineapple, peach, red berry, coconut, citron, etc. It is 80 Proof with an ABV of 40%. Some of the popular spirit competitions won by New Amsterdam are SIP Awards 2011, Francisco World Spirits Competition, and Wine Enthusiast.

SKYY Vodka is a popular American vodka that was first introduced in 1992 by Maurice Kanbar. This brand offers 80 Proof, congener-free vodka, is distilled at least four times, and lastly, it is filtered through charcoal three times. The manufacturing process is rather the reason why SKYY vodkas are so high in quality and are obtained with a smooth texture, no matter what flavor.

Things you didn’t know about Vodka

Vodka is surely a pretty popular spirit that has gained huge popularity from people of all types globally. However, only a few know some interesting facts about vodka. The following are some of the interesting things about vodka you must definitely know:

The process of making vodka

Even though vodka comes from Russia originally, that does not mean other countries lack the authenticity one needs to produce vodka. The following are some of the most popular vodka distilleries in America:

How to best drink Vodka

Vodka is a type of drink that tastes great with everything and anything. But if you want to enjoy real authentic vodka in a different style without hampering the taste, then you can try the following ways: