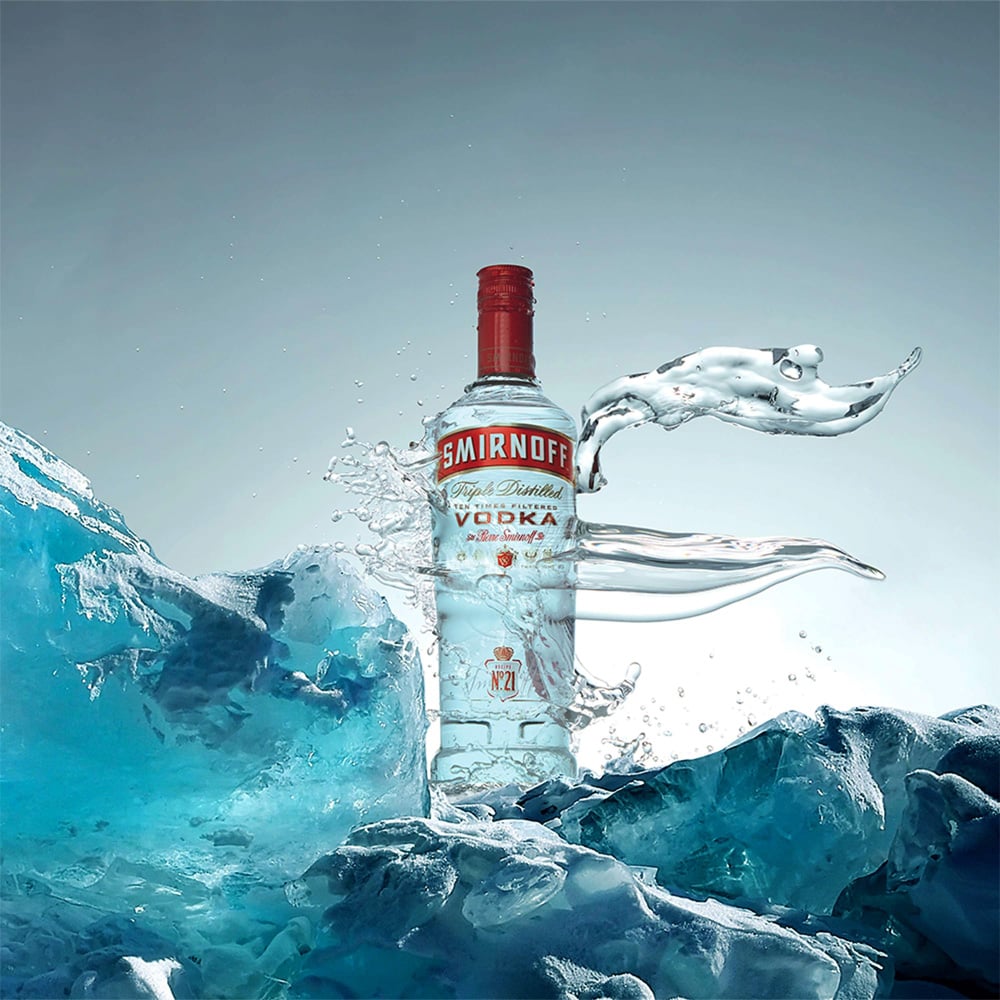 This guide will help give you an overview of what Smirnoff has to offer.

Note: the prices are in US Dollars, and for the US market, if you are outside of the US, the prices may vary. We will, however, include links to the best place to buy your ideal bottle of Smirnoff in your country.

How much is a bottle of Smirnoff?

What is the most expensive bottle of Smirnoff?

The Smirnoff Vodkas are quite affordable and do not cost huge, but the most expensive bottle of Smirnoff is the Smirnoff Blue No. 57 100 Proof Vodka that costs $19.99.

Now that you have the simples answer to the simples questions, below you’ll find the prices and sizes of the entire range of Smirnoff Vodka, their sizes, prices, and later on a buyer’s guide.

Smirnoff is an affordable Vodka brand when compared to the variety it has to offer. The following is the list of the top 5 standard Smirnoff Vodka bottles and their prices.

These were the standard and most loved Smirnoff Vodkas, but two top Smirnoff Vodkas have managed to rule the world. Here are the top two Vodkas and their prices (750ml).

Apart from offering the classic and flavored ranges of Vodka, Smirnoff has something unique in the treasure. It is the limited edition bottles that are the different flavored vodkas.

As the name suggests, it is a version of different flavors blended. It is considered the drink of the summer season. These flavors are fruity as it contains cherry, citrus, and raspberry flavors. Plus, they are absolutely gluten-free and Kosher certified. As it is a limited edition, it is available for a specific time period. The cost of the limited edition bottle of Smirnoff Vodka starts from $11.30.

Smirnoff Pink Lemonade is a flavored ride with sweet and citrus notes. It has a perfect balance and blends of different flavors such as strawberry, lemon, and raspberry.

Smirnoff Pink Lemonade is a limited edition and perfect for the summer party. It comes in three sizes 750 ml, 1.5 l bottle, and a 10-pack of 50ml bottles.

There is no end to the list of a variety of Smirnoff Vodka. The brand makes crazy and unimaginable flavors. The brand surely knows how to cover the market as they have Classic, Flavored, and Zero Sugar Infusions ranges.

Smirnoff Raspberry is another one of the most popular flavored Vodkas. It has a perfect taste and blend of natural fruity flavor with the spirit.

If you wish to try some citrus notes but not lemon, Smirnoff has something in the treasure. Smirnoff Orange is a perfect infusion of navel oranges and different varieties of mandarin. Every sip of the drink gives a zesty and citrusy touch to the taste buds. The Smirnoff Orange 750ml costs $9.47-$11.99.

Smirnoff Green Apple flavor is an infusion of the sweet flavor of green apple with tart. It is perfect for apple lovers who wish to have apple drinks without fizz. The Smirnoff green apple 750ml costs $9.47-$11.99.

Smirnoff Whipped Cream is undoubtedly an off-beat flavor with the sweet taste of whipped cream with Vodka. The combination might sound weird, but people out there are pretty crazy about this flavor.

As the name suggests, Smirnoff Peppermint Twist is a tale full of twists. The flavor has cool and minty sides, which is perfect for mint and candy lovers. In addition, it is an ideal party material where your guests can get an experience of trying something off-beat.

If you wish to have a relaxed and refreshing drink with some citrus flavor, Smirnoff Zero Sugar Infusions Cucumber and Lime offers you paradise. The glass surely will help your taste buds to transfer you to a beach.

Smirnoff Zero Sugar Infusions Watermelon and Mint is a perfect blend of juicy fruit with the cooling effect of mint. It is a refreshing drink and ideal for serving to the guests at the summer cocktail party.

If you are a person who has a sweet tooth, then nothing can be better than a combination of strawberry and rose. The slightly sweet taste of strawberry with rose petals in your vodka is nothing less than a beautiful dessert.

Smirnoff is a Vodka brand that Diageo, a British company, owns. It is considered one of the best-selling Vodka brands. A unique process creates the Vodka as it is distilled thrice, and there are 10 stages of filtration. It is enjoyed in more than 130 countries. It was established in 1864.

The history behind Smirnoff Vodka

Pyotr Smirnov developed Smirnoff Vodka in 1864 and was passed to his third son, Vladimir Smirnov, at the time of his death. However, in 1904, Vladimir Smirnov had to sell it because Tsar nationalized the Russian Vodka Industry. Later, he managed to establish factories but could not profit as the brand used to before 1904. So, the rights of the Vodka brand were sold to Rudolph Kunett, who was also a grain supplier to the brand at one time.

Kunett was not able to afford the sales license, and thus he sold it to Heublin. Heublin was questioned about his decision as the Americans were fond of Whiskey rather than Vodka. He managed to sell the Vodka in the name of White whiskey, which had no smell and taste. This is how Vodka managed to enter the alcohol market of America. In 2006, Diageo had joint with the Smirov Company. This is how the Vodka brand managed to rule Russia first and then the world.

How to best drink Smirnoff Vodka?

There are no rules and regulations to enjoy, but one can surely try a few methods to get the best out of Smirnoff Vodka. Therefore, we have listed the best ways to enjoy the Smirnoff Vodka.

Vodka Shots are considered the best way to consume Vodka. So if you are a party animal and do not mind the Vodka’s direct taste, you must go and have a shot. Just make sure to have some salt and lemon slices with you.

If you wish to have a diluted version of Vodka but do not like to mix it with flavors, just drop some ice, and you are good to go. You can also garnish your drink with lemon zest for a cocktail vibe.

Cocktails are the best with vodkas as they do not give the eyes a perfect view, but even your taste buds are pretty satisfied. Moscow Mule and Ocean Breeze Punch are the best cocktails to try with Smirnoff Vodkas. Just take a copper Moscow mug and add Smirnoff and ginger beer and lime wedges for Moscow mule. Whereas, if you wish to have some tropical vibe, add blue Curacao, lemonade, and Smirnoff with some ice, and your Ocean breeze punch is ready!

There is no specific way to have vodka, and you can have it the way you like. Just have it and dive into the world of craziness.