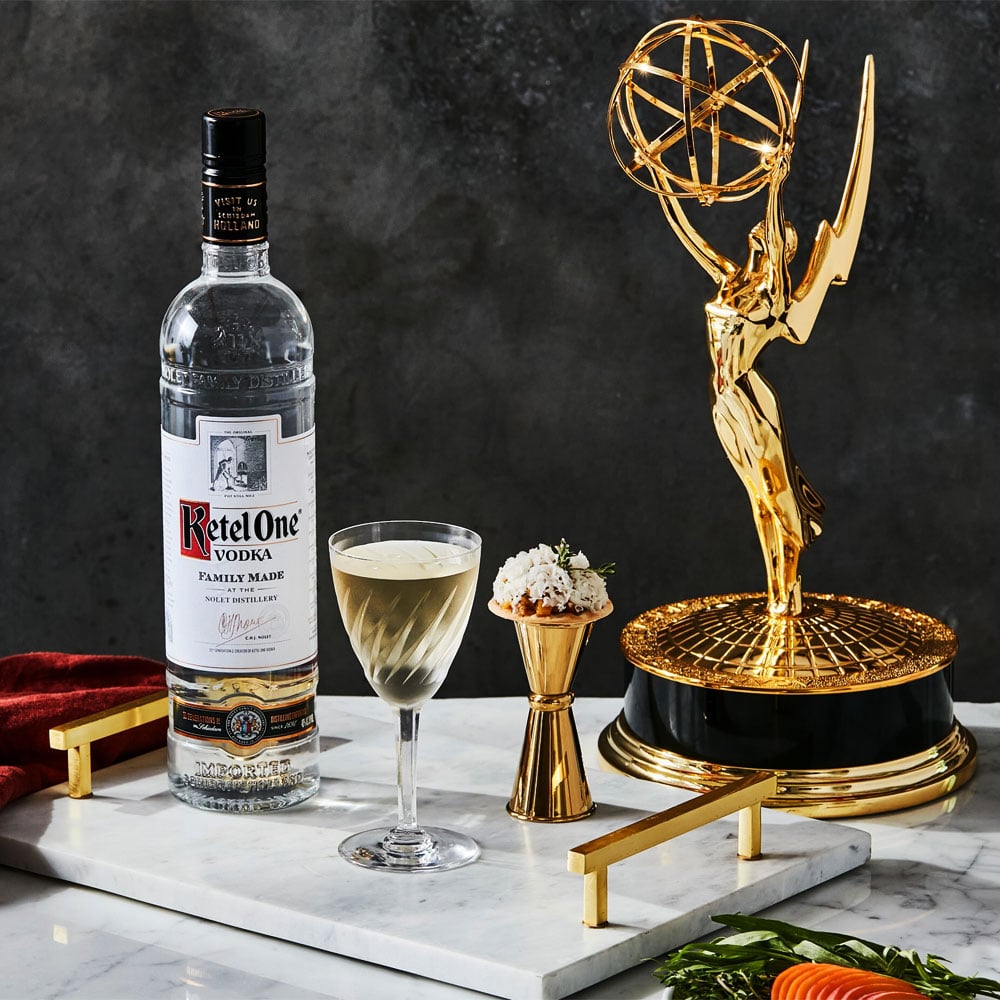 This guide will help give you an overview of what Ketel One has to offer.

Note: the prices are in US Dollars, and for the US market, if you are outside of the US, the prices may vary. We will, however, include links to the best place to buy your ideal bottle of Ketel One in your country.

How much is a bottle of Ketel One?

The most commonly bought bottle of Ketel One is the Ketel One Original Vodka 750 ml and costs $25.99.

What is the most expensive bottle of Ketel One?

The most expensive bottle of Ketel One Vodka is Ketel One 325thNolet Anniversary Bottle. It is a limited edition worth $34.99.

Now that you have the simplest answer to the simplest questions, below you’ll find the prices and sizes of the entire range of Ketel One Vodka, their sizes, prices, and later on, a buyer’s guide.

The plain Ketel One Vodka tops the list of premium vodkas in the world. Crafted using 100% Winter wheat from Europe and distilled to produce ultra-wheat spirit. The wheat mash is distilled using a common distillation process. The spirit is re-distilled in a traditional copper pot where the head and tails of the grain are separated, and only the hearts are collected. The Ketel One vodka is blended with master pot distillation, UWS, and water to create the ultimate Vodka with crisp quality and smooth finish. The Vodka has a crisp and soft taste with a hint of citrus and honey flavors. It costs between the range of $19.99-$25.99.

Ketel One Citroen Vodka was the first flavored Vodka launched in 2000. After years of trying different distillation processes, Ketel infused their Vodka with four different lemon flavors from Sicily. As a result, it has a silky soft palate with lemon zest fragrance, freshly cut lemon flavor, and lemon custard aftertaste. It’s worth between $19.99-$25.99.

After ten years of launching its first flavored Vodka, Ketel One expanded its horizon by introducing Ketel One Oranje Vodka in 2010. Making the plain Vodka it’s base and infusing it with natural oils of mandarin and Valencia oranges, Ketel One Oranje vodka has unique fruity flavors and a refreshing aftertaste. It’s worth between $19.99-$25.99.

Ketel One vodka has a wide array of flavors but introduced only one limited edition bottle for its loyal customers.

Nolet family launched the Ketel One Limited Edition Vodka Bottle to celebrate the 325th anniversary of its company. It was introduced in the year 2015 by the 11th generation of the Nolet family members. The bottle has an ironwork design embarking the rich heritage of its traditional copper pot distillation process. The sides of the bottle have 11 eleven coins featuring the signatures of the eleven members of Nolet family distillers. It’s worth $34.99.

Different Types of Bottles of Ketel One

Ketel One has three distinct flavors other than its traditional flavored vodkas. Please keep reading to find out more about their unique flavors and pick out your favorite one.

Ketel One Botanical Grapefruit and Rose

The natural botanical essences of grapefruit and aromatic rose flower petals are blended with the purest Ketel one Vodka distilled using the traditional copper pot. The plain Vodka infused with these zesty and refined flavors has a crisp and refreshing taste with no added sweeteners or artificial flavors.

Ketel One Botanical Cucumber and Mint

Ketel One Botanical Cucumber and Mint flavored Vodka has a revitalizing aroma and aftertaste with a mild minty flavor and a touch of refreshing cucumbers. The ultra-wheat spirit distilled from the traditional copper pot is infused with natural botanical essences of cucumber and fresh garden mint. It has no carbs or artificial sweeteners.

Luscious and juicy peaches, along with the natural essences of orange blossoms, take the Ketel One Botanical Peach and Orange Blossom Vodka to a different level of bliss. The purest distillate is mixed with the wheat spirit and infused with the botanicals of peach and orange blossom to create the freshest and smoothest Vodka. As a result, it has 40% lesser calories than white wine.

About Ketel One Vodka

From 1691 in the Netherlands, the Ketel One company serves vodka connoisseurs for over three decades. Ketel One is owned and operated by the Nolet family with its parent distillery in Schiedam, The Netherlands. In 2008, Diageo and Ketel One entered into a joint venture establishing its sales in 25 countries worldwide.

The history behind Ketel One Vodka

Carolus Nolet Senior created a leading vodka brand for the modern palate by combining the traditional copper pot distillation process and modern column distillation. The first distillation unit was constructed in Schiedam in 1691. The family members have strived hard to continue the production of refined and smooth Vodka for over three decades despite facing hardships during the French Revolution and World War II.

The Nolet family decided to expand its Vodka sales to America in the 18th century. They established the second distillery in Baltimore, Maryland but eventually had to close it. Then, in 1979, after the war, Carolus Nolet took over the decade-old business to flying colors by creating the much-loved and celebrated Vodka brand in the world.

He is the mastermind behind creating the successful version of crisp and smoothest Vodka perfect for cocktails. KetelOne gets its name from the oldest coal-fired copper pot, “Distilleerketel#1”. This Vodka became popular in the United States purely through word-of-mouth advertising among bartenders. The 11th generation of the Nolet family, including the sons of Carolus, runs their family business currently.

Why is Ketel One Vodka So Popular?

Ketel One Vodka is one of the best-tasting Vodkas made using 100% GMO-free Winter Wheat and distilled in a copper pot fueled with charcoal. Its quality has remained the same for decades, thanks to the Nolet family members who take great efforts in tasting each batch personally before packaging. The company was recognized as the “Best Selling Vodka,” with over 2 million cases sold per year. In addition, Ketel One became the “Most Trending Vodka” in the year 2015.

How to Best Drink Ketel One Vodka?

Grab a bottle of Ketel One Vodka. Pour over a glass of ice cubes and enjoy with your gang. The crisp taste and smooth finish refresh you in a jiffy!

The botanical version of Ketel One Cucumber and Mint Vodka is a bright and summery drink to enjoy with ice. The Ketel One Peach and orange Blossoms work beautifully on the rocks.

Freeze the Ketel One Vodka in the refrigerator and enjoy it chilled after a few hours. It is one of the Ultra-smooth and cleanest Vodkas to try and tastes great when chilled.

Ketel One Vodka blend beautifully with citrus fruits, coffee, vegetable extracts, and fruit juices to create unique cocktails. It works best with bloody Mary, martini, punch, and cosmopolitan. Flavored Vodkas such as Ketel One Citroen, Ketel One Grapefruit, and Rose and Ketel One Oranje work their magic in creating super unique cocktails.

You can make delicious lemonades using Ketel One Vodka original or even with Ketel One Citroen Vodka. Dutch lemonade is a popular lemonade made using the Citroen flavored Vodka of the Ketel One brand. Pour the lemonade over ice to enjoy its flavors.

Ketel One Vodka tastes great when you mix it with sparkling water. Next, mix Ketel One Vodka with club soda, sugar syrup and enjoy with ice. You can make plenty of Vodka tonics using the flavored Ketel One vodka. The tartness in the Ketel one Vodka Orange or Ketel One Peaches and Orange Blossom goes great with soda.

An idea to create the smoothest Vodka by blending age-old distillation with modern equipment flourished to attract plenty of loyal customers. Ketel One suits the best-tasting palate with the perfect flavor, fragrance, feel and finish.