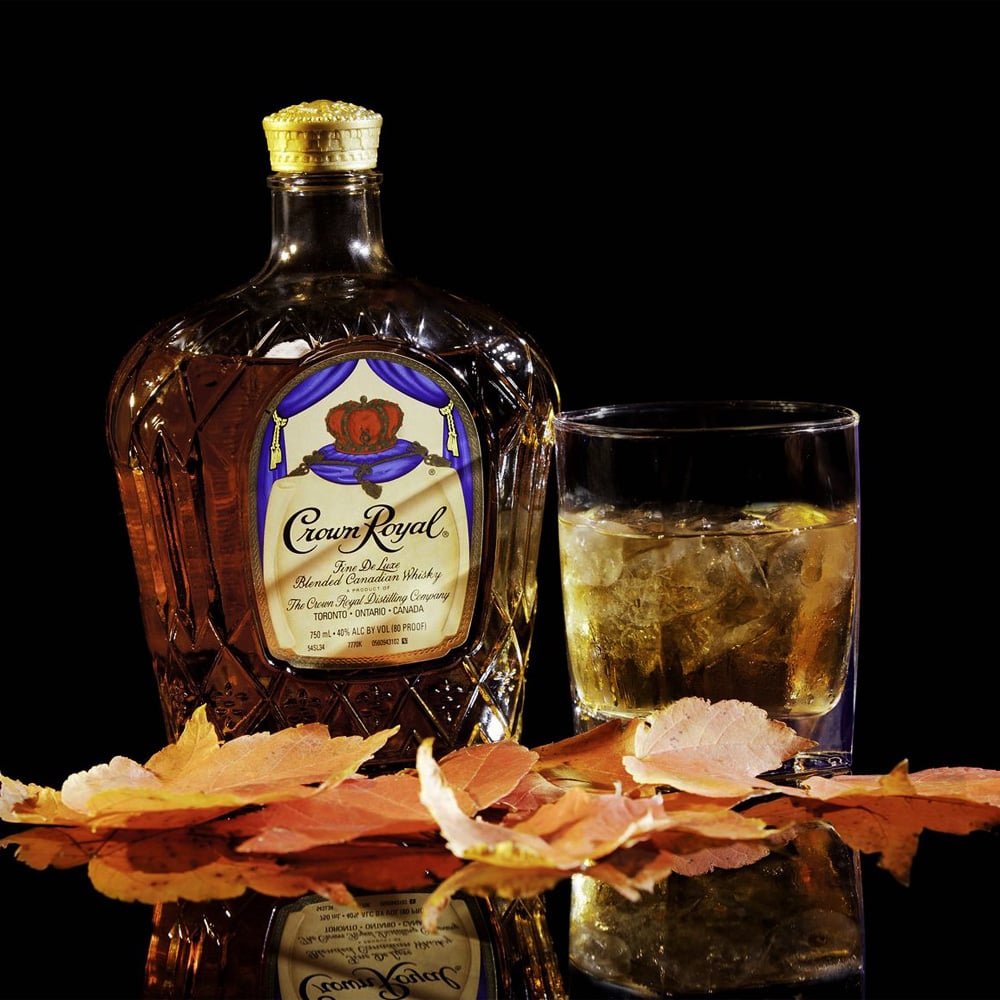 This guide will help give you an overview of what Crown Royal Fine Deluxe has to offer.

Note: the prices are in US Dollars, and for the US market, if you are outside of the US, the prices may vary, we will, however, include links to the best place to buy your ideal bottle Crown Royal Fine Deluxe in your country.

How much is a bottle of Crown Royal Fine Deluxe Canadian Whiskey?

The most commonly bought bottle of Crown Royal Fine Deluxe Canadian Whiskey; is the Crown Royal Deluxe 750ml, and it costs 25.99$.

What is the most expensive bottle of Crown Royal Fine Deluxe Canadian Whiskey?

Now that you have the simplest answer to the simplest questions, below you’ll find the prices and sizes of the entire range of Crown Royal Fine Deluxe Canadian Whiskey; their sizes, prices, and later on a buyer’s guide.

This exceptional bottle of deluxe whiskey is part of the main signature series of the brand. It is known for its silky smooth texture, which is blended with creamy notes of vanilla and oak. The odor is also quite fruity and sweet, with hints of vanilla lingering. The aftertaste of this fine whiskey is long and stays in your mouth for a while. One standard 750ml bottle of Crown Royal Deluxe is sold for 25.99$.

Canadian rye grain is used in the making of this fine-quality whiskey. When you pour it, the smell of spices and smoked wood is the first to reach. The palette can be classified as complex, with notes of spiced vanilla, peppery butterscotch, and oak. It’s is again very smooth and creamy, with one 750ml bottle selling for 32.99$. This whiskey was also the recipient of Jim Murray’s Annual Whisky Bible 2016 award. Recently this bottle has become of the most sold ones for the brand.

The reserve bottle from the master’s collection is one of the most celebrated bottles. It has been aged beautifully to get the best flavor profile. First, notes of apples and flowers hit the nose. Next comes the intricate taste of baking spices and vanilla. The whiskey has a rich smoky flavor of Oakwood as well. The flavors are long-lasting with a velvety smooth finish. A standard 750ml bottle sells for 49.99$ or more.

Crown Royal Fine Deluxe is quite a low to mid-range Whiskey brand; however, they have a few limited edition choices listed below.

This bottle is made from the finest harvest, perfectly aged, and uniquely blended. Dried fruits and honey are the bold flavors in this whiskey. Spicy notes of Canadian rye with a hint of cocoa and raisin can also be tasted. It is quite rich, complex, and dense in nature compared to other bottles. The finishing notes are long, peppery yet with a tinge of brown sugar. It can cost upwards of $143.99 for a 750 ml bottle.

The Crown Royal Fine Deluxe Canadian Whiskey range has many stunning bottles divided into Signature, Master, Flavor, and Retired Whiskey collections. The flavored range includes Apple, Vanilla, Peach, and Salted Caramel. The Cornerstone, Texas Mesquite, and Wine Barrel finish are all worth trying. We have listed a few options for you to check out before purchasing the right bottle.

To experience a juicy, sweet, and summery whiskey, pick a bottle of Crown Royal Peach. The bold taste of peach comes from handpicked Georgia peaches, infused in just the right proportion. Along with the rich, fruity flavors, there is also a hint of spicy vanilla and oak. The flavored range of Crown Royal is perfect for making summery cocktails.

This regal apple-flavored whiskey is one of its kind, irreplaceable by any other. Smells of apple and light spice will ooze out as you open the bottle. The spice can be tasted with a crisp apple flavor with caramel with a single sip. The whiskey can be described as rather sweet and full-bodied in nature.

This one is specially aged in reused charred oak barrels for better texture and bolder flavors. Creamy and fruity Fig is the predominant taste, along with sweet maple notes. The whiskey has an almost bourbon-like look and finish.  It has an ABV of 45% and is also available in 1-liter bottles.

Simply put, this bottle of Canadian Whiskey can be described as warm with a heavy corn blend. Its smell is quite buttery with a hint of apple. The palette is layered with creamy vanilla, smoky oak, and dried fruit. No one can miss the smooth caramel finish of Blenders Mash.

The distillery of Crown Royal is situated in Gimli, Manitoba, on the edge of Lake Winnipeg. The land owned by this brand stretches over 360 scenic acres with more than 50 warehouses. Their passion for whiskey-making ensures the distillery runs twenty-four hours seven days a week. The main grains used include rye, corn, and barley which make up for 80% of the blend. Aging time in charred oak barrels gives the whiskey its taste and character. Crown royal proudly shares their Canadian smooth whiskey with the rest of the world’s Whiskey lovers.

One of the noteworthy things about the brand is its outlook towards sustainability. Nestled between lush greenery and a freshwater lake, Crown Royal is committed to its zero carbon emission and waste goals.

The history of Crown Royal dates back to 1939 in Canada, where it originated to be gifted to the British royal family. When King George VI and Queen Elizabeth visited the country, a Canadian spirits entrepreneur offered them the perfect whiskey. He made it after rejecting more than 600 blends he tried prior to the tasting. The royals loved it and stocked up ten bottles on their way back home.

In 1960 this Canadian whiskey was first sold in the United States.  Due to its incomparable finesse and high standards, it remains a top seller in the market.

Why is Crown Royal Fine Deluxe Canadian Whiskey So Popular?

The Crown Royal Fine Deluxe Canadian Whiskey is a steal at its price range. This Canadian whiskey is much better than its counterparts. Its long history and brand value over the years have ensured that Crown Royal remains relevant even today. Crown Royal’s Northern Harvest Rye has received much international recognition, along with public popularity. Crown Royal’s Bourbon Mash whiskey is known for its perfect aging, the level of which is hard to find in lower price ranged American brands. The brand’s integrity is what has helped it hold up high standards at low prices, making it the best in the international market.

Whiskeys can be enjoyed on the rocks, poured over ice in a flat bottom glass. Otherwise, the smooth Crown Royal Fine Deluxe Canadian Whiskey can be made into the perfect cocktails. Either way, you will enjoy the full flavors of this fine drink.

Some of the easiest cocktails to be made are Apple Bom, Apple Hot Toddy, and Apple whiskey Slush with the Crown Royal Apple bottle. The black whiskey Ginger Ale is the perfect cocktail for a winter party. Blackberry whiskey lemonade made with Crown Royal Deluxe is popular for summers. Finally, the Clementine & Ginger Old Fashioned made with Crown Royal will surely impress your party guests. 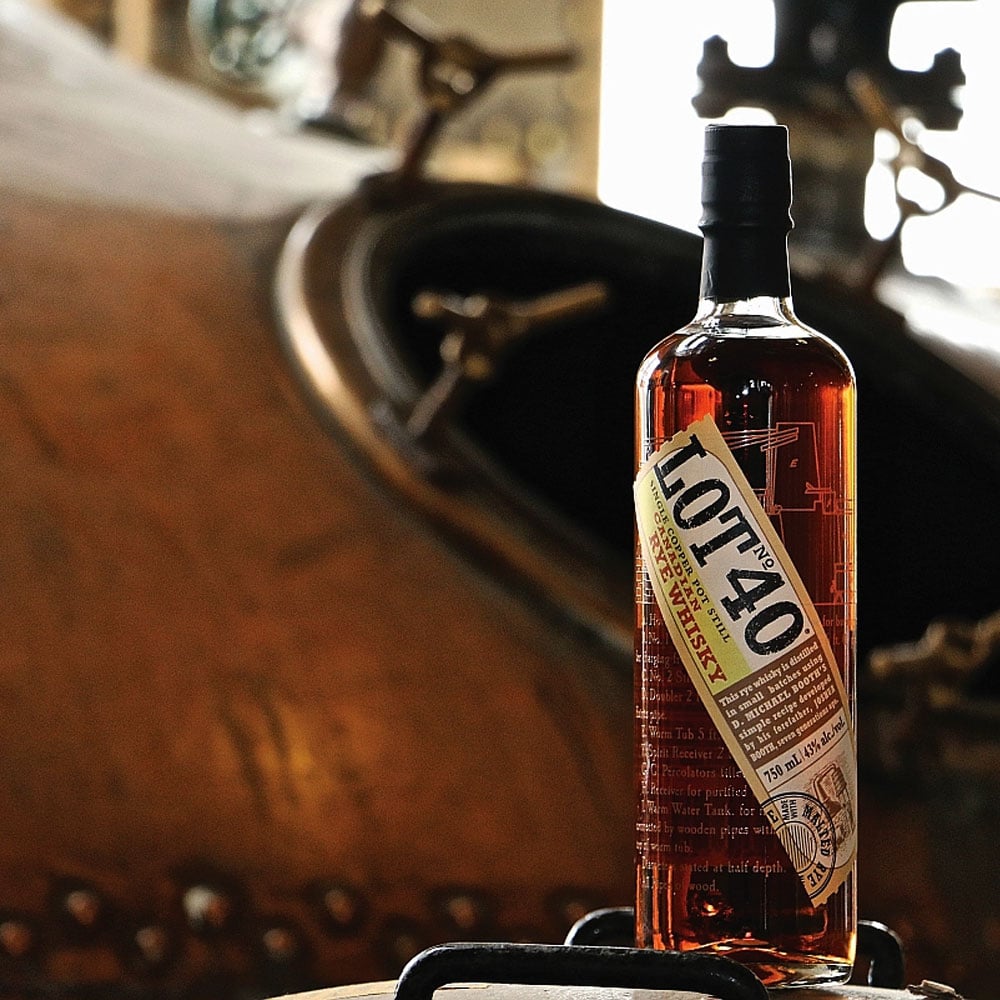 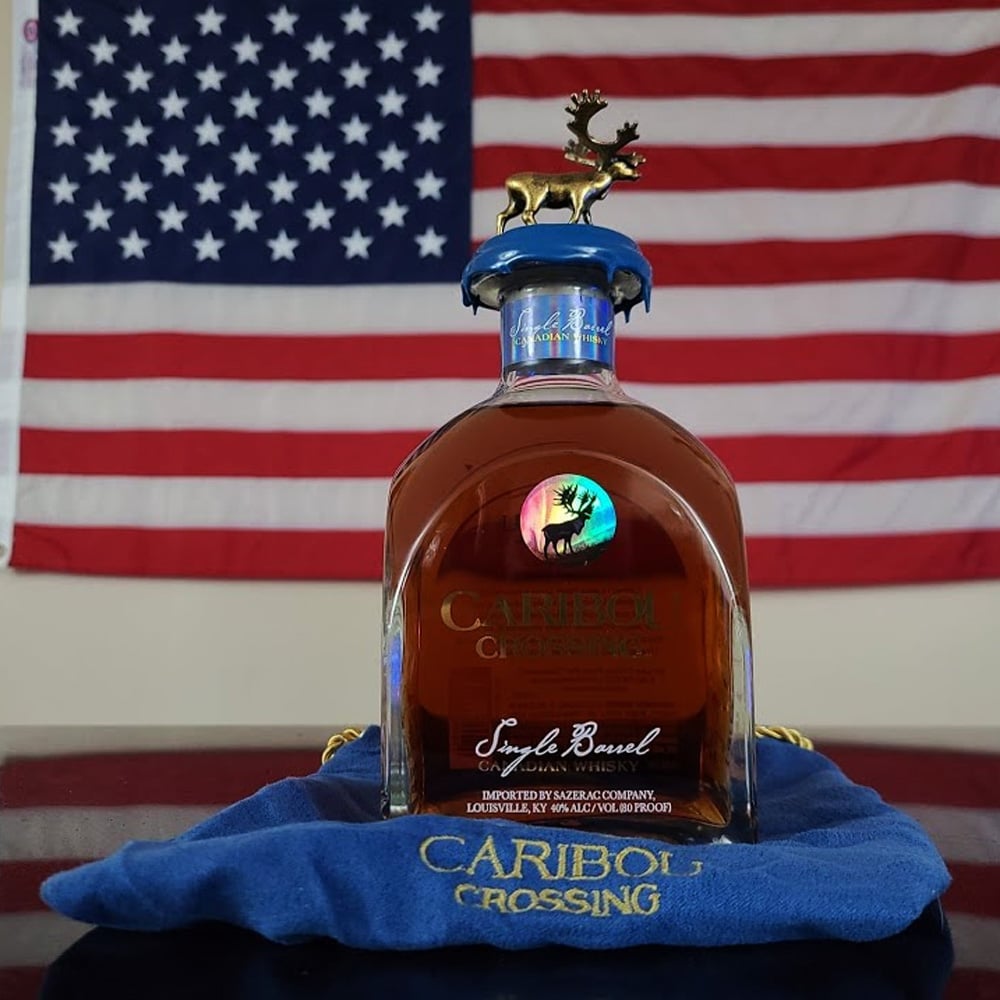 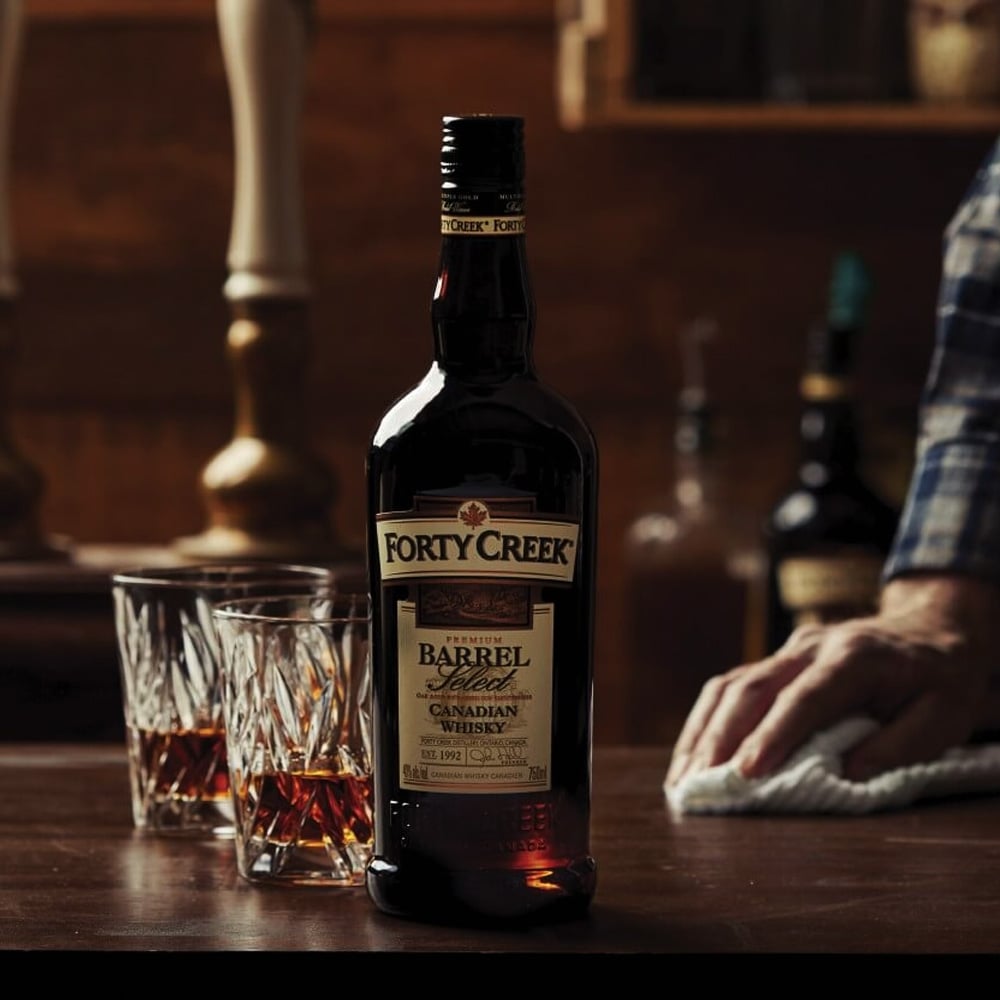 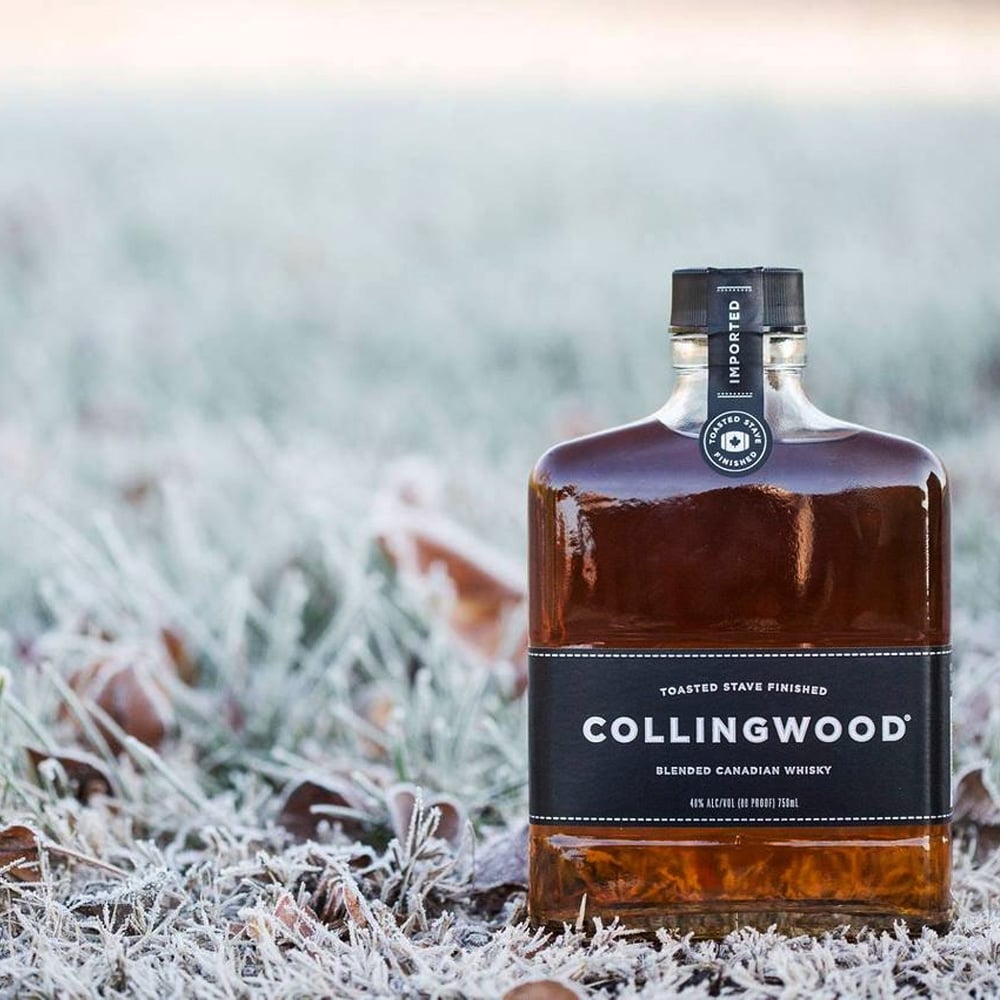 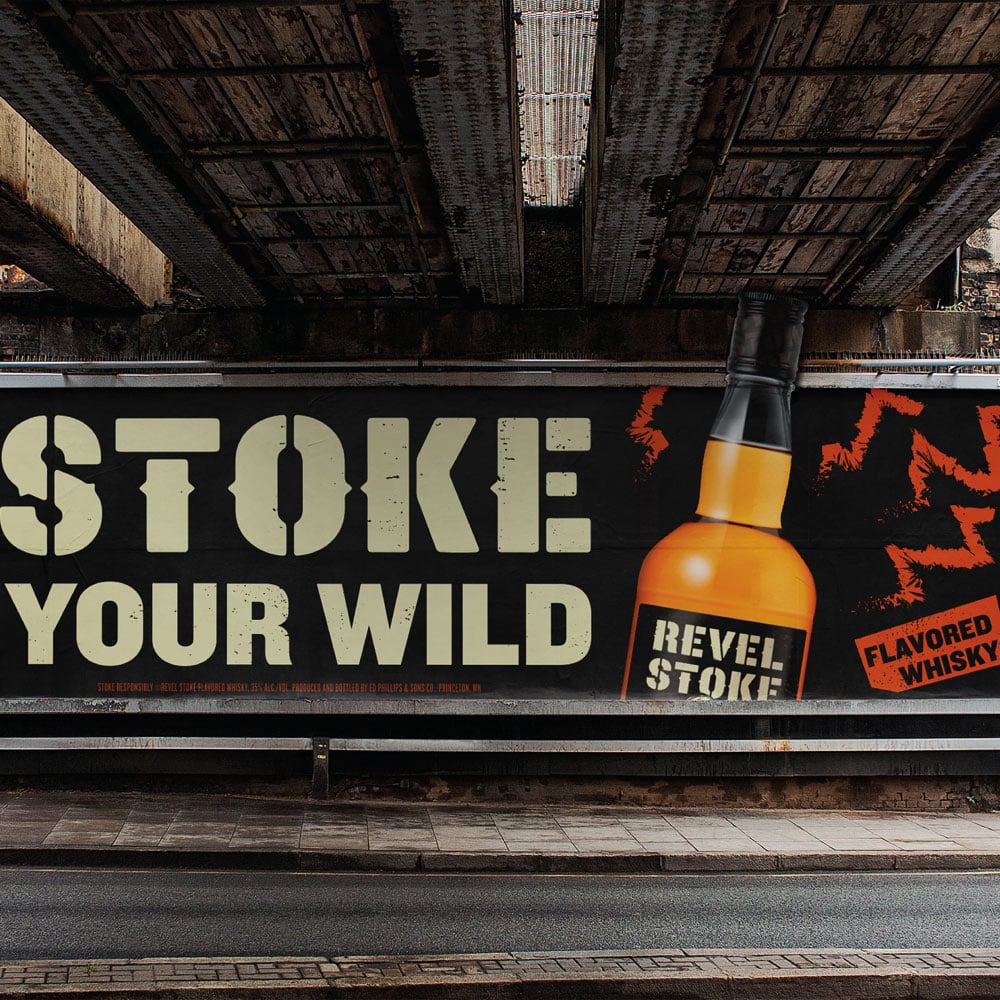 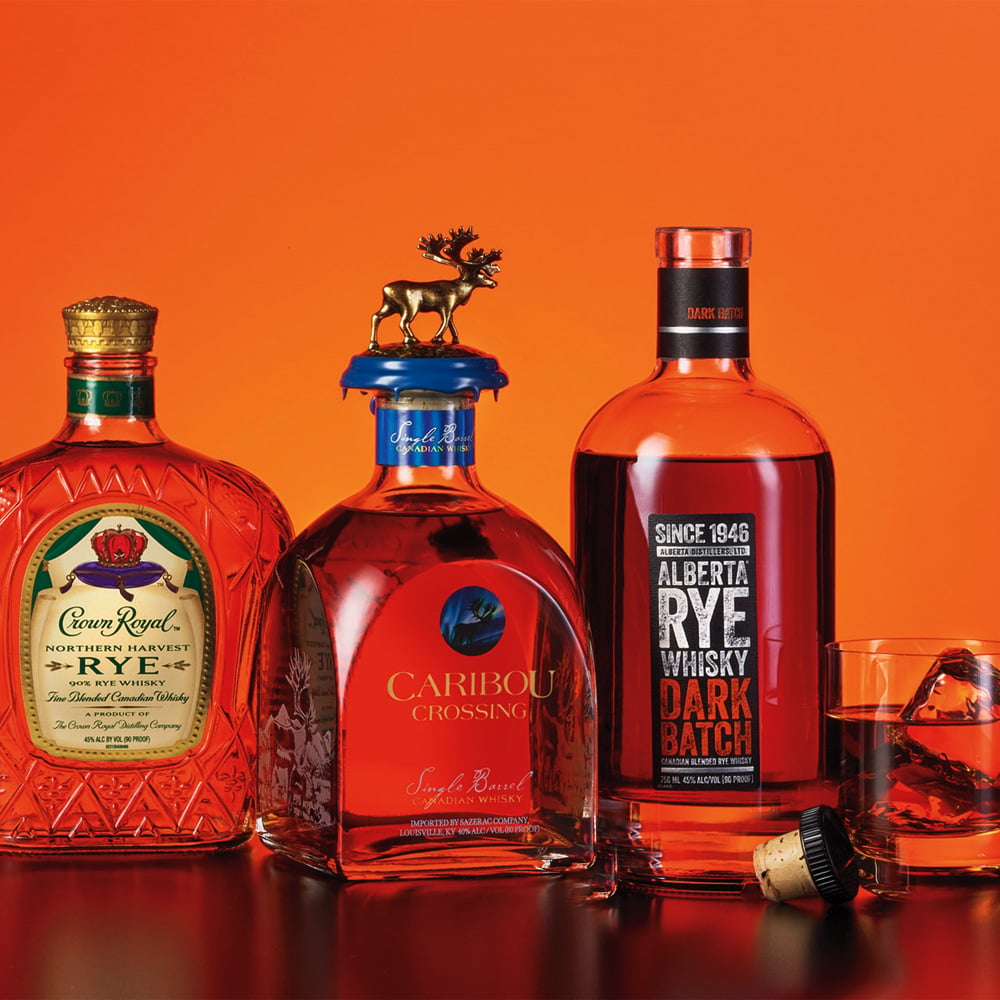