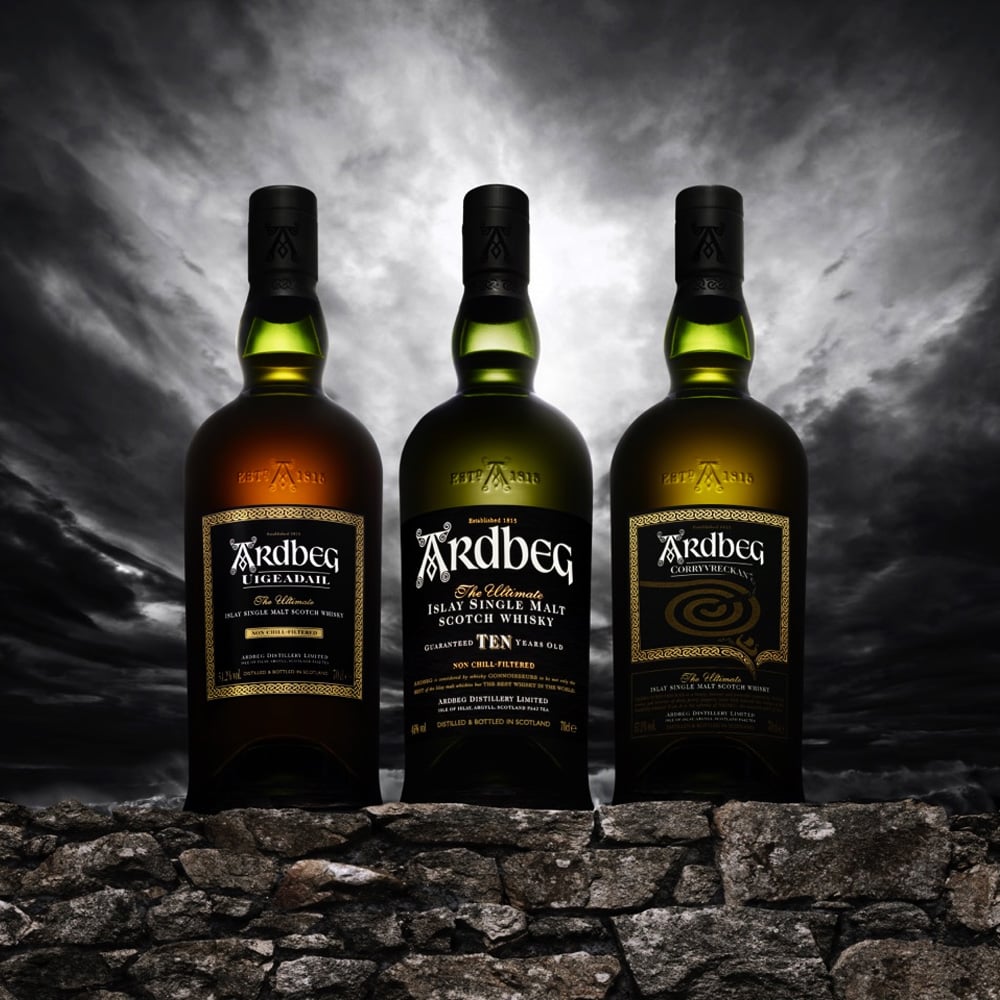 This guide will help give you an overview of what Ardbeg 10-Years-Old has to offer.

Note: the prices are in US Dollars, and for the US market, if you are outside of the US, the prices may vary, we will, however, include links to the best place to buy your ideal bottle of Ardbeg 10-Years-Old in your country.

How much is a bottle of Ardbeg 10-Years-Old?

What is the most expensive bottle of Ardbeg 10-Years-Old?

Now that you have the simplest answer to the simplest questions, below you’ll find the prices and sizes of the entire range of Ardbeg 10-Years-Old scotch, their sizes, prices, and later on a buyer’s guide.

Here is the list of Ardbeg 10 Year Old Scotch bottles and prices.

Ardberg 10-Years-old is a particularly intricate and popular choice of the Ardbeg range of scotches. Aged for over ten years, it has the most complex and smokiest flavor in the range. The aroma has a citrus, menthol, and black pepper hints with bell peppers, pineapple, vanilla, and cinnamon, bringing up the rest. The flavor is peaty with hints of citrus, black pepper, and cinnamon toffee, with bananas, currants, marshmallows, and licorice totaling the flavor. The finish is extensive and smoky with aniseed, almonds, and fresh pear, giving scotch enthusiasts the best experience of their life. The retail price for a bottle of 750ml is $58.

Ardberg is a popular scotch brand created at the Islay distillery in Scotland. They produce a heavily peated scotch that is created using malted barley. The malt is heavily peated to give it a large amount of smokiness, which is the brand’s signature. The spirit is double distilled and matured in old oak barrels of Bourbon to imbibe the flavors. Many of their scotches have won awards over the years, thanks to their unique methodology of giving the world the best alcohol to date.

The history behind Ardbeg 10-Years-Old Scotch

The Ardbeg distillery has produced scotch since 1798 and began commercial production in 1815. For most of its history, the scotch produced was for use in blended scotch, rather than as single malt. The production was halted in 1981, but resumed on a limited basis in 1989 and continued at a low level through late 1996. In 1997 the distillery was bought and reopened by Glenmorangie plc. with full production resuming in 1998.

The Ardbeg scotch has always been heavily peated, giving it a much larger smokiness than the other brands out there. Their distillation process imbues the scotch with a rich and smoky flavor that lingers in the throat and has a great feel to it. The focus is on aromas of spices, malt, or sweet tones like vanilla and chocolate.

Why is Ardbeg 10-Years-Old so popular?

The smokiness of the scotch lends itself to be enjoyed by enthusiasts. The scotch they make is quite flavorful and with a lot of smoky flavors as well. The scotch can be enjoyed neat or on the rocks and is a popular brand.

How best to drink Ardbeg 10-Years-Old

Let’s now set your mood by showing you the best ways to enjoy Ardbeg 10-Years-Old Scotch.

The Black Scott – Mix 2 ounces of the scotch with one ounce of vermouth, half an ounce of Drambuie, and half a spoon of activated charcoal. Mix all the ingredients with ice and serve chill. You may garnish the glass with a twisted orange peel.

Ardbeg Bloody Mary – Mix one and a half ounces of the scotch with half an ounce of lemon juice and five to six ounces of freshly made tomato juice. Stir the ingredients well. Sour in a cocktail glass filled with ice. Enjoy.