The options are endless when you’re looking for the best bottle of Top Shelf Whiskey.

You’ll find plenty of top shelf options, one more expensive than the next. But what you won’t find a guide to really help you break down and understand which brand of Top Shelf Whiskey you never knew you wanted.

Top Shelf Whiskey might not be your first choice for an on-the-rocks sipper.

But on this list, you’ll find absolutely divine flavors and you will learn to enjoy Top Shelf Whiskey like you never have before.

Below, you’ll find our list for the top brands in the world and a buyer’s guide to Top Shelf Whiskey as well as answers to how it’s made and what types are there.

Finally, we’ll round off this article with tips on how to drink and really enjoy Top Shelf Whiskey as well as the key tasting notes and vocabulary you’ll need to become a true aficionado.

Contents hide
1 Best Top Shelf Whiskey Brands to Taste
2 What Are the Different Whiskeys?
3 How Do You Drink Top-Shelf Whiskey?

Here’s a list of top 5 Top Shelf Whiskey brands you can buy:

This is an in-depth explanation of the top Top Shelf Whiskey brands, including a list of 20 brands and a brief description of their company, products, and popularity.

Blanton is one of the most popular top-shelf Bourbon whiskey brands produced by the Sazerac company. This whiskey is distilled at the Buffalo Trace distillery in Kentucky.

The brand produces the best range of award-winning whiskies, including the Original, Single-Barrel Bourbon Whiskey, Gold Edition, Straight from the Barrel, and Special Reserve.

Lagavulin is one of the best Scotch whiskies produced in Scotland. It is a malt whiskey distillery owned by the London-based alcohol company Diageo.

The brand takes pride in producing the best single malt whiskies globally, including plenty of whiskies that have aged for about 12 to 16 years. It is also famous for producing 21-26-year-old whiskey aged in old sherry casks.

The brand has won plenty of double gold medal awards at the San Francisco World Spirits Competition for its straight Bourbon whiskey. The line-up includes Eagle Rare 10-Year-Old Whiskey, 17-Year-Old Whiskey, and a Very Rare 20-Year-Old Bourbon Whiskey. These whiskeys have a complex aroma and a smooth taste.

The Willett family is one of the most renowned top-shelf whiskey brands globally. It has had a rich tradition of producing high-quality whiskeys since 1936. It was founded by Thompson Willet in Kentucky.

Green Spot is one of the best top-shelf Irish whiskey brands globally. It is produced by Mitchell and Sons of Dublin by Irish Distilleries in Ireland.

This is a single-pot still Irish whiskey made in different age-old offerings; green spot, yellow spot, red spot, and blue spot. Out of these, Green Spot 10-year-old and the other special bottling in this series are popular among alcohol lovers.

This is a small-batch Bourbon whiskey made by hand in century-old warehouses at the Buffalo Trace distillery. These warehouses were constructed by E.H. Taylor Jr. and contain selected barrels used to maturation their whiskey.

Four Roses are one of the unique and most popular whiskey brands globally. It has produced Kentucky straight Bourbon whiskey since 2002, after being briefly discontinued during the 1950s. The company is owned by the Kirin brewery company in Japan.

Elijah Craig is a super-premium whiskey manufactured by the Heaven Hill distilleries. They made the first whiskey from charred oak barrels in the 17th century.

Lot No. 40 is one of the purest rye whiskeys made and released by the spirit giant, Pernod Ricard. It is a small batch of whiskey distilled in a single copper pot-still using locally sourced ingredients.

This Canadian whiskey was introduced in 2012 because of the growing demand for premium rye whiskeys.

George Dickel is one of the oldest Tennessee whiskey brands in the world. It produces small-batch handcrafted Bourbon whiskey in Tennessee.

It is the home of award-winning whiskies like Barrel Select Single Barrel, Bottled-In-Bond, Rye, Whiskey, and Kentucky Bourbon Whiskey. These whiskies are made from the highest quality ingredients, which give a smooth and sweetish aroma and flavor to their drinks.

Bulleit is one of the best-selling whiskey brands globally and is owned by the British company Diageo. It was established in 1987 and produced the best whiskies with a high rye content.

It is the number one rye whiskey in America and was awarded double gold at the San Francisco World Spirit Competition. Their range includes Bulleit Bourbon, Bulleit Rye, and Bulleit 10-Year-Old Whiskey.

Michter’s is one of the finest American whiskey companies founded in 1753. It was the first American company that produced the finest single-barrel and small-batch whiskeys.

Jim Beam is a popular American brand of bourbon whiskey operated by the Japanese company Beam Suntory. The brand has been producing Kentucky straight Bourbon whiskey since 1795.

The company makes a variety of Kentucky straight Bourbon whiskeys and refined, highball, and limited-edition whiskies. It is also one popular whiskey brand that produces flavored whiskeys such as apple, vanilla, honey, and black cherry.

This brand is famous for producing high-quality Speyside whiskey, which is measured only in oak sherry casks. It is one of the expensive whiskies with a lighter, sweeter taste.

The Old Forester Kentucky Straight Bourbon whiskey was established in 1860 and is operated by Brown-Forman distilleries.

Jefferson Bourbon is a popular whiskey brand that is named after Thomas Jefferson for his experimental spirit. It is a bourbon brand that Pernod Ricard owns.

What Are the Different Whiskeys?

Whiskey is an alcoholic beverage made using three main grains such as corn, rye, and malted barley. Many top brands in the US use Bourbon made with 51% corn to distill their whiskey. At the same time, others use whiskey made with 51% rye or malted barley.

Single malt whiskey, made with 100% malted barley, is also popular in the United States. In comparison, they make the same type of whiskey in Scotland, called Scotch. Asian countries such as Japan and India use both malted and non-malted barley to make different whiskies.

If you are an alcoholic lover, these are the easiest ways to choose the best-tasting whiskeys.

Quality: High-end whiskey options work best for sipping and on the rocks. These top-shelf brands are high-quality raw ingredients and have higher alcohol content.

Range: There are plenty of whiskies available on the market in the top shelf range, including Bourbon, single malt, Irish, Canadian, Rye, Scotch, and blended whiskies. Scotch whiskies are top-class brands made with malted barley, while blended whiskies use unique blends of grains.

Age: The taste and quality of the whiskey depend upon the maturation in oak casks. The longer they are aged in oak casks or barrels, their taste and price are better. Most of the top shelf brands age their whiskey for a minimum of 3 years to a maximum of 12 years. However, brands often label their bottles with a NAS or No Age Statement.

How Do You Drink Top-Shelf Whiskey?

Most top-shelf whiskey brands have perfect sipping whiskies, which can be enjoyed by drinking them straight or by adding a few ice cubes. It is better not to add any mixers or water to the whiskey.

This top-shelf whiskey is also perfect for making plenty of classic whiskey cocktails, such as:

A Sazerac is a unique cocktail made of rye whiskey, sugar, bitters, and absinthe.

The Old-Fashioned is a classic whiskey cocktail made with whiskey, bitters, sugar, and orange slices.

A whiskey sour is a timeless cocktail made by mixing whiskey with egg white lemon juice and garnishing with cherries.

A Manhattan is a traditional whiskey cocktail made by blending whiskey, sweet vermouth, and bitters.

A Collins is a refreshing and brilliant cocktail made by blending whiskey, lemon juice, ice cubes, and club soda.

You can brilliantly give a twist to your coffee by blending Irish coffee brew with brown sugar and whiskey and topping it with freshly whipped cream.

It is a versatile, fresh cocktail made by blending lemon juice, mint leaves, sugar, and your favorite Bourbon whiskey.

Pickleback is a modern cocktail made by blending Irish whiskey with pickle juice.

You can make a simple whiskey cocktail by blending Tennessee whiskey with lemon-lime soda ice cubes and topping it with fresh lime slices.

It is a sensational cocktail made by mixing club soda, seasonal fruit juices, and sugar with whiskey.

This palate-cleansing drink is made by mixing whiskey with tonic water and garnishing with fresh lime slices. 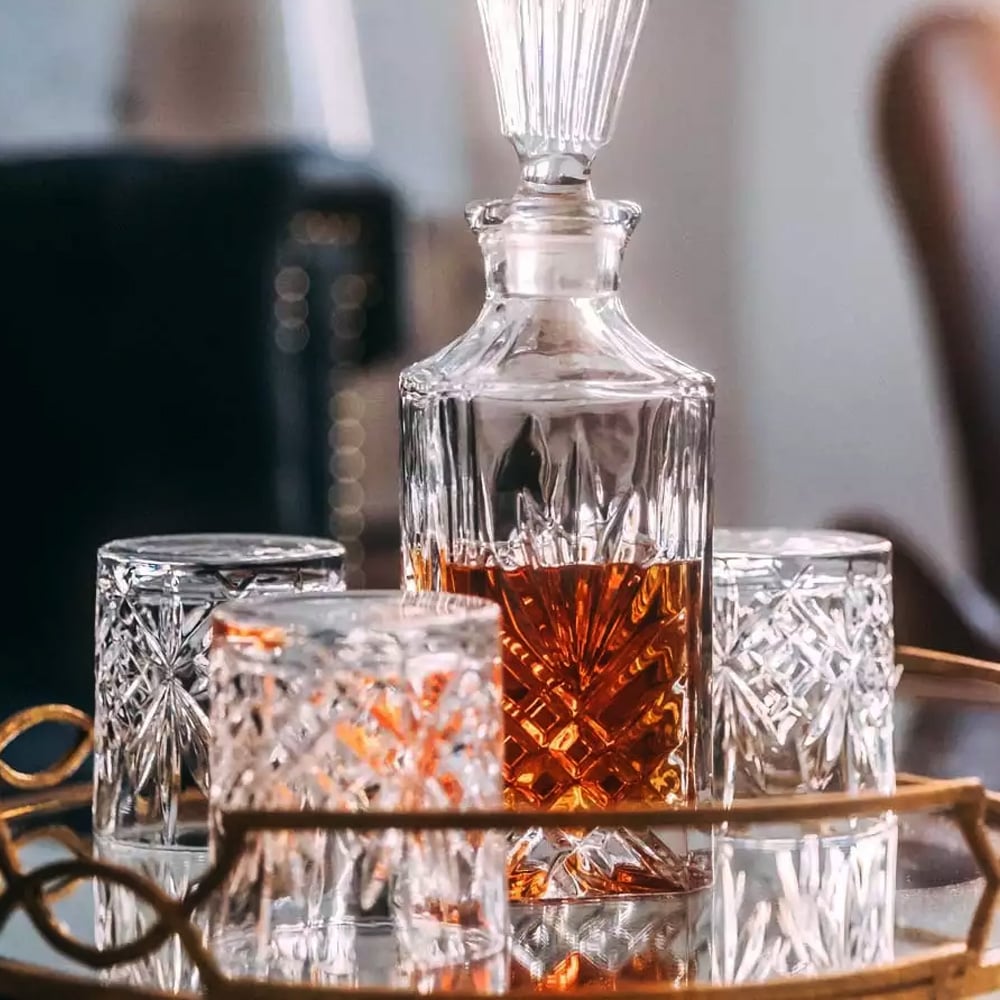 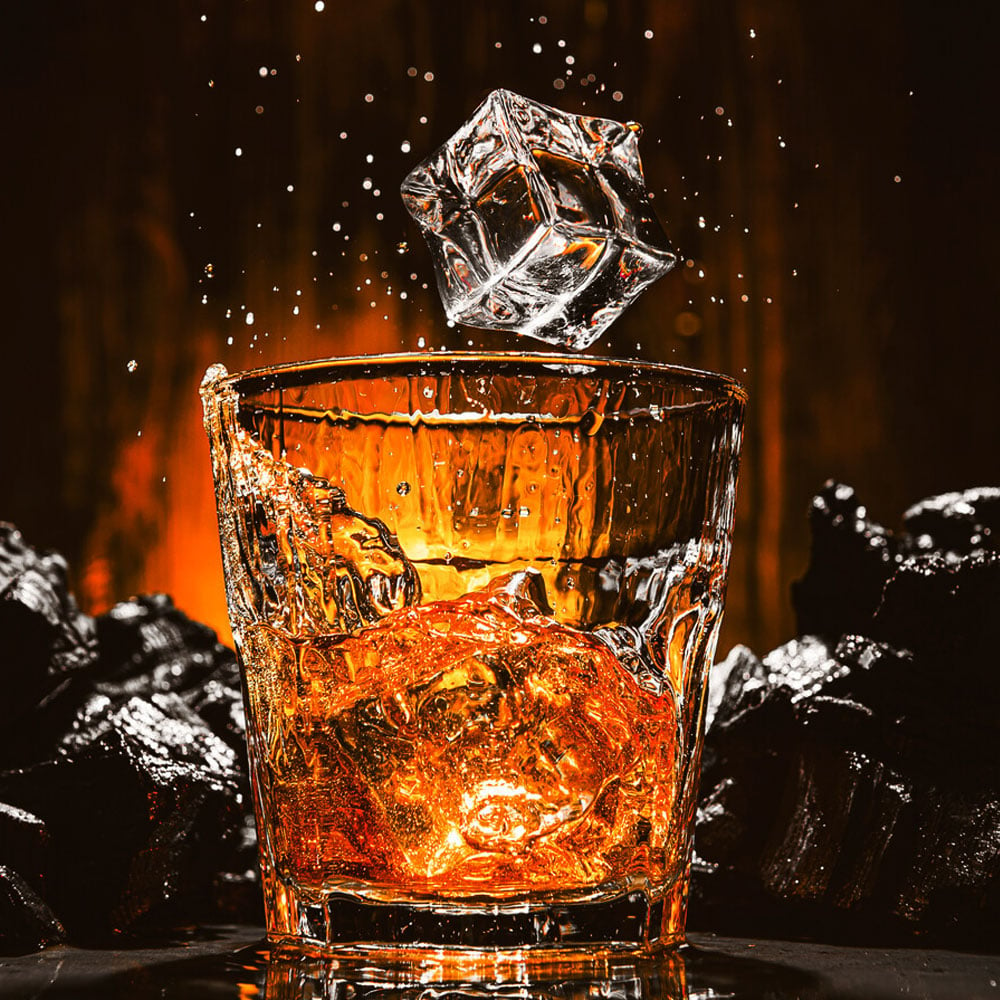 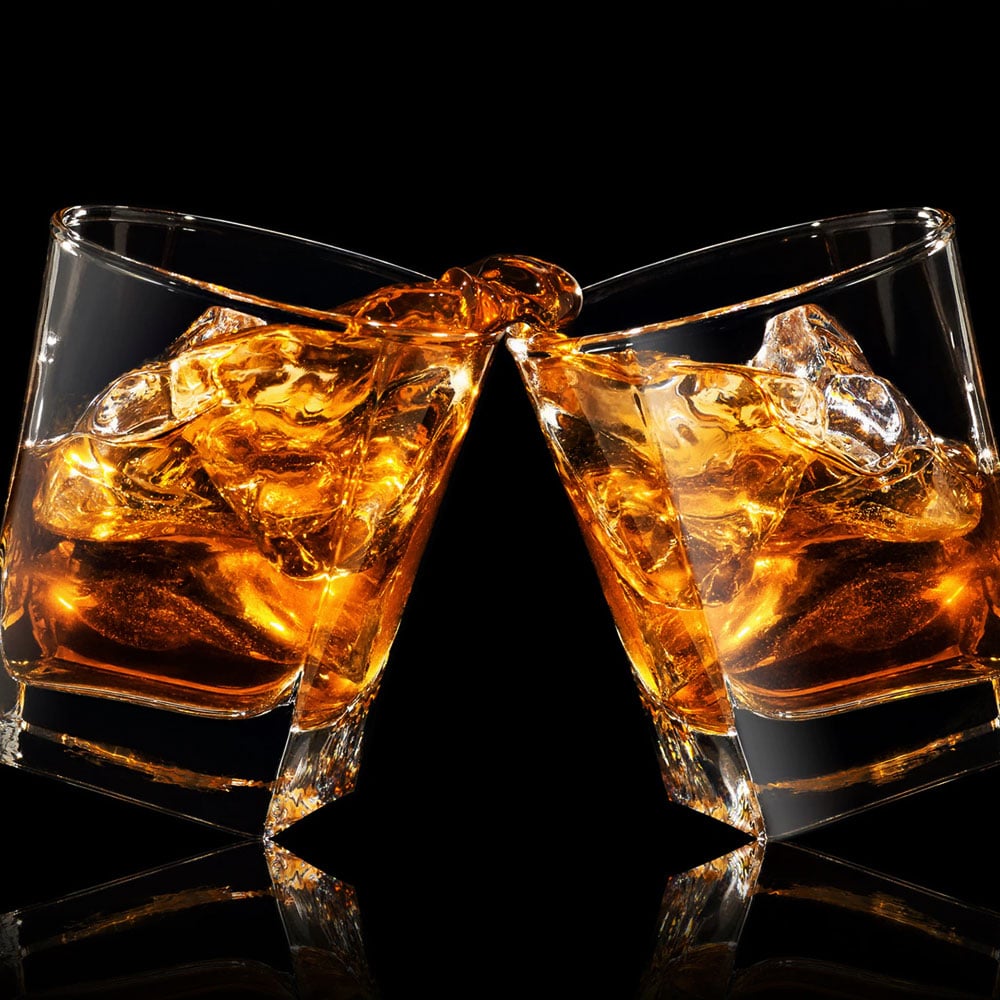 The Best Peanut Butter Whiskey Brands in the World