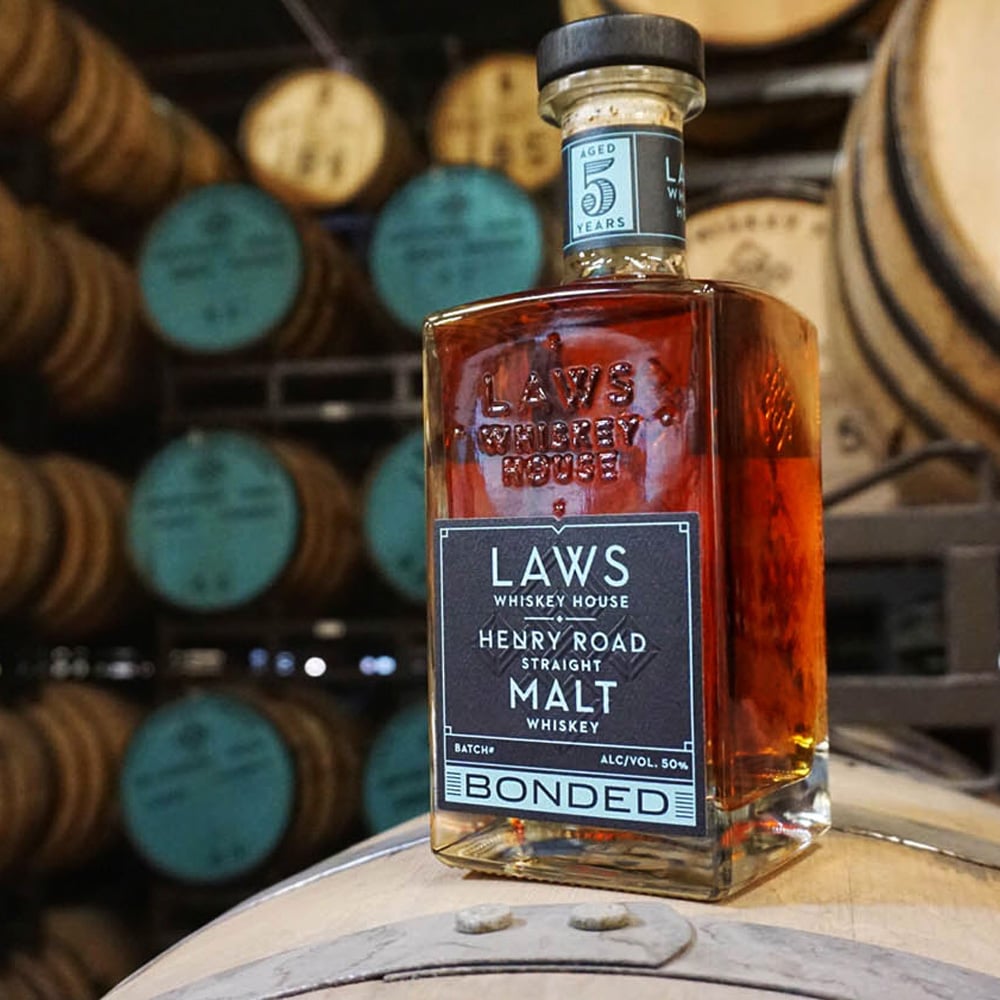 This guide will help give you an overview of what Laws Whiskey House Bourbon has to offer.

Note: the prices are in US Dollars, and for the US market, if you are outside of the US, the prices may vary, we will, however, include links to the best place to buy your ideal bottle of Laws Whiskey House Bourbon in your country.

How much is a bottle of Laws Whiskey House Bourbon?

What is the most expensive bottle of Laws Whiskey House Bourbon?

Now that you have the simplest answers to the simplest questions, below you’ll find the prices and sizes of the entire range of Laws Whiskey House Bourbon, their sizes, prices, and later on a buyer’s guide.

Here is the list of Laws Whiskey House Bourbon bottles and prices.

Four-grain straight bourbon whiskey is one of the primary liquors distilled by the Laws whiskey house. They use a mash bill of 60% corn, 20% heirloom wheat, 20% heirloom rye, and 10% heirloom malted barley, aged in 53-gallon charred oak barrels for three years.

They age the bourbon in a high-altitude climate, which gives it a unique taste to the drink. It has a light and red-tinted amber appearance with an aroma of orange blossoms, honey, black tea, and dusty paper, which complements the palette of tobacco, cinnamon, and vanilla custard. The drink has a rich and dry finish with subtle notes of orange peel and spices. It has 47.5% alcohol by volume, which costs $59.99 for 750ml.

This limited edition of four-grain cognac finished bourbon starts with the flagship four-grain bourbon. Next, they age the drink in various casks to add flavors and complexity to the drink. Finally, the brand follows Solera-style aging to create a complex bourbon with a distinct flavor and cognac notes.

As soon as they harvest a portion of the mellowing whiskey from the French oak cognac barrels, they immediately top the barrel with new cognac finished four-grain bourbon. This gives it a very rich flavor of cognac-infused bourbon.

They age the bourbon for over 4+years, made from mash bills containing 60% corn, 20% heirloom wheat, 10% heirloom rye, and 10% heirloom malted barley. It has 47.5% alcohol by volume. This bourbon has black tea and fruity aroma with a spiced apple, butter toasted raisin palette that ends in a luxurious rich finish. It’s worth $79.99.

They make the bourbon using a mash bill of 60% corn, 20% heirloom wheat, 10% heirloom rye, and 10% heirloom malted barley, aged over three years in new 53 gal charred oak barrels. The drink has an alpine meadow and citrus aroma with the rocky mountain strawberries and black tea palette. It has 50% alcohol by volume and is worth $75.

Here is the list of different flavors of Laws Whiskey House bourbon bottles and their prices,

This is the first bonded bourbon in Colorado, bond-bottled according to the Bond Act of 1897. The special bourbon whiskey is 4-years-old made from the mash bill of 60% corn, 20% heirloom wheat, 10% heirloom rye, and 10% heirloom malted barley.

It is a single-season product and uses only a single distiller to create this special bourbon. The bourbon is aged over four years entirely in the federally bonded warehouse. They age the bourbon in 53-gallon charred oak barrels for six-plus years. It has a gold color appearance with 50% alcohol by volume.

The drink has a sweet and floral aroma with black tea, honey, and orange peel hints. The pallet includes notes of baked plums, orange coffee cake and has a sweet cinnamon finish.

This blend of four-grain bourbon barrels that are bottled at cask strength to create a hi-proof and noteworthy flavor and character to the drink. Since it mixes different bourbon, the aromas and flavors may vary from batch to batch.

Each 53-gallon oak barrel is aged for over three years and bottled at cask strength. The alcohol by volume percentage also varies based on the batch. The four-grain straight bourbon whiskey is made by distilling a mash bill comprising 60% corn,20% heirloom wheat, 10% heirloom rye, and 10% heirloom malted barley.

Denver-based Laws whiskey house has its own distillery placed in the San Luis Valley and East Colorado plains. It is one of the premium brands in the United States which bottle bonded bourbons. They practice the traditional distillation process and use heirloom Heritage grains. They established the distillery in 2011, which produces six different rye bourbon and American whiskey expressions.

The History behind Laws Whiskey House

Laws whiskey house takes immense pride in brewing its own whiskey using only heirloom heritage grains. They procure grains from their family-owned farms in Colorado Eastern Plains, blended to create the amazing bourbon. They believe that the climatic conditions of the Rocky Mountain Region and San Luis valley give the grains a deep flavor to the drink.

The whiskey house follows the labor-intensive process of distilling through optimal distillation process and fermentation to create fine grain whiskey. In addition, they are the first Colorado distiller to bottle bonded whiskies.

The distillery cooks the grains to create a complex sour mash, and it is open-air fermented for four days before they distill it using a four-pot-made custom distillation unit. Finally, they age the distilled whiskey in American white oak barrels for a minimum of two years.

Contrary to many popular and premium bourbon brands in the world, Laws whiskey House does not have a master distiller. Instead, they have a village called Laws village, where many are passionate about creating tasty and intense flavored bourbons.

Why Laws Whiskey House Bourbon is so popular?

The bottled-in-bond products are essentially what makes laws whiskey house popular. So be the practice of using so much fermentation by procuring Heritage heirloom grains and aging in American oak barrels in the higher altitude temperature makes the bobbin very sweet with fruity flavors. The bourbon packs a punch with the balance to complexity.

Enjoy four-grain bourbon by pouring it in 1.5 Oz for a shot, or 2 Oz for a neat, or 3 Oz for a double. Let it sit for a few seconds, swirl, and smell the aromas before placing it on your lips and enjoying the hint of the taste of the bourbon. Then, you can serve the drink at room temperature in a rock glass.

Try adding a splash of water to the bourbon to dilute the taste and enjoy the sweetness of the bourbon by taking off the heat and spice notes.

Pour 2 Oz of bourbon into a glass with ice cubes can enjoy the drink chilled. The ice cubes melt the spicy flavor of the bourbon and dilute the drink to enjoy it in a different texture.

Bourbon blends well with fruit juices to make classic cocktails. Manhattan, bourbon and cola, and old-fashioned cocktails will help you jazz up the bourbon taste by cutting off the bitters and adding more intense flavors to the drink.

You can add delicious flavors to your chicken or salmon by making brown sugar glaze infused with bourbon.