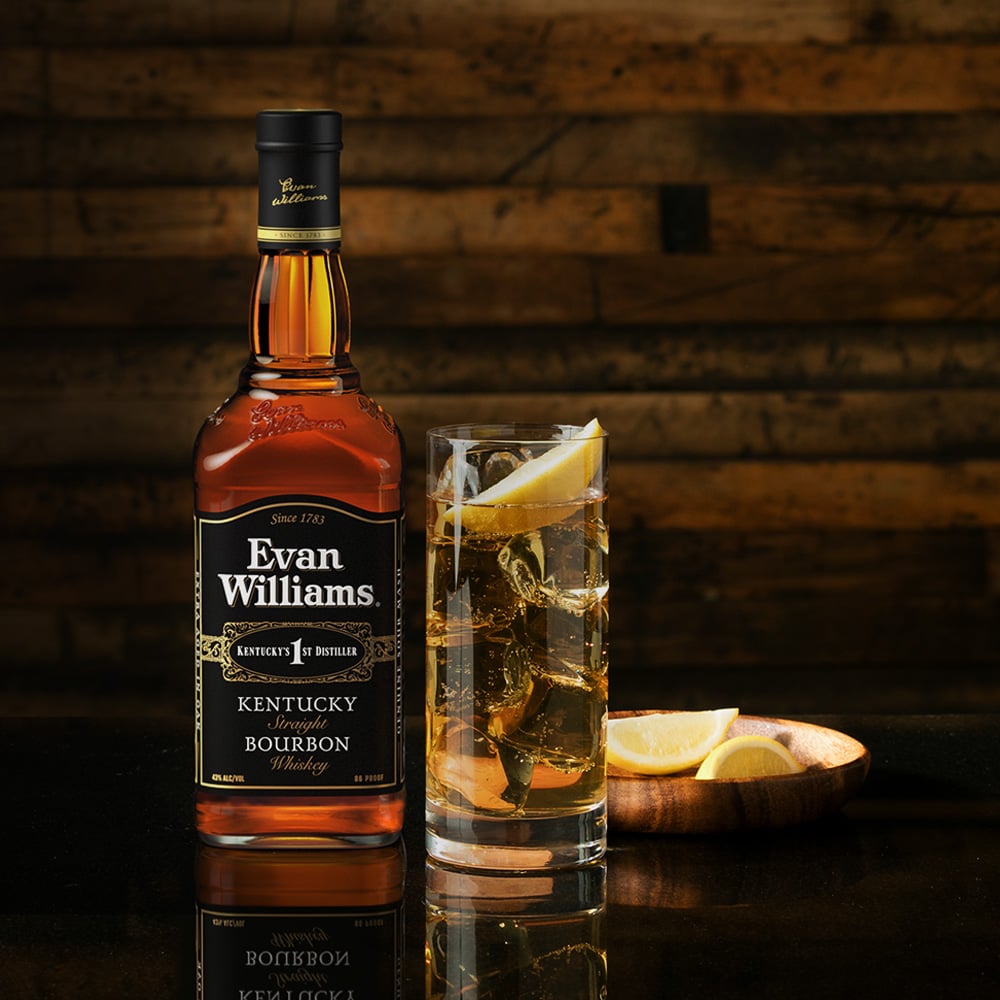 This guide will help give you an overview of what Evan Williams has to offer.

Note: the prices are in US Dollars, and for the US market, if you are outside of the US, the prices may vary, we will, however, include links to the best place to buy your ideal bottle of Evan Williams in your country.

How much is a bottle of Evan Williams?

The most commonly bought bottle of Evan Williams is the Kentucky Straight Bourbon 750ml and costs $14.29.

What is the most expensive bottle of Evan Williams?

Now that you have the simplest answer to the simple questions, below you’ll find the prices and sizes of the entire range of Evan Williams bourbon, their sizes, prices, and later on, a buyer’s guide.

Here is the list of Evan Williams bottles and prices.

Amongst the above, the following are some of the best standard bottles of Evan Williams Bourbon:

People who enjoy Evan Williams bourbon consider this bottle to be liquid gold. This is also one of the most neatly flavored drinks that people have been enjoying for a really long time. The finish is warm yet smooth, and the nose is as smooth as caramel and vanilla. It is mostly a drink that is enjoyed during socialization. However, the taste of Evan Williams bourbon has definitely made itself on top of pop culture. You can enjoy this version of Kentucky’s straight bourbon by just being neat or on the rocks because the flavor in itself is a lavish drink you do not want to alter. The retail price for the Evan Williams Kentucky straight bourbon is 1$14.29 for a bottle of 750 ml

Evan Williams 1783 small batch is a wonderful offering by the distillery that is bottled at 43% ABV. There are less than fewer hundred barrels left to serve now. Each sip gives you a nose of vanilla and oak with a pallet of honey and a slightly sweet finish. This ensures the best interest of all bourbon lovers is captured. Evan Williams 1783 Small Batch was made in honor of the foundation years. The small badge is 90 proof with the color of brilliant honey. The retail price for 1783 small batch for a bottle of 750 ml is $17.99.

Evan Williams has always been the sponsor for the Kentucky Derby Festival. Therefore to commemorate the 65th year of the event, the distillery released a special edition of bottled called the Evan Williams Single Barrel Bourbon with a 2020 Gold Pegasus pin sealed on the neck of the bottle. Evan Williams Single Barrel bourbon has won many awards and is one of the most critically acclaimed bourbons in the world. When Evan Williams company joined together with the Kentucky Derby festival, the popularity of the event and the bourbon reached the heart and corner of every American. Evan Williams has always been bringing the community together in celebration, and what better way than supporting local Derby festivals. The retail price for this bourbon is $74.99 for a bottle of 750 ml.

Every bottle of Evan Williams Bourbon is American-made, and the people of America proudly own it. Therefore the Evan Williams American Hero Edition bourbon is to commemorate the veterans serving the country. Be it from the United States Air force, Marines, or Navy, this limited edition bottle stands as a true example of the American value and tradition by owning those who defend the prestigious freedom of the United States of America. The retail price for a 1.75ltr bottle is $34.99

This is a special bottle of Evan Williams aged under the government’s supervision—bottled in bond taste like vanilla and pepper gives you a dry, long, and warm feeling to enjoy.

The master distillers of Evan Williams truly handcraft the Single Barrel bourbon. It has been awarded the best bourbon of the year five consecutive times and is one of the most critically acclaimed bourbons in the world.

Evan Williams is a bourbon that is done just the right way. It is a Kentucky-based brand that dispatches bottles after being aged for four years minimum. Since its introduction in the year 1953, Evan Williams has been ranked as one of the best-selling bourbons in the world.

The history behind Evan Williams Bourbon

Evan Williams, the founder, was a Welsh immigrant to America. In the year 1783, he began distilling in Louisville, Kentucky. The distillery was established on the bank of Ohio River and what is now considered the oldest distilleries in the United States of America and the first distillery to be established in Kentucky.

Why is Evan Williams so popular?

Evan Williams is the second largest selling straight bourbon in the United States. Therefore making it a familiar brand for all the Americans who are bourbon enthusiasts. And it is not just about the spirit, to be honest. The brand has always been forward in honoring all social issues and is the reason the world knows Kentucky on the map. Evan Williams is not just a bourbon brand. It is a legacy impacting the world with its potential messages.

How is Evan Williams processed?

The oak barrel used in Evan Williams Bourbon is charred first to give the alcohol a rich flavor and a very distinctive color. Every sip is a testament to the brand’s timeless effort for using only local ingredients for the distillation. The barrels are set to mature and undisturbed houses where they are naturally allowed to age for a minimum of 4 years.

How best to drink Evan Williams

The following are the top ways to drink Evan Williams Bourbon:

The world knows it: America knows that Evan Williams bourbon is one of the easiest to mix and the smoothest drink to form as the base to some of the best cocktails in the world. So here are the two best cocktail recipes for you to enjoy the bourbon in its fullest spirit.

Just mix 2 oz of bourbon with ginger ale and serve it with a freshly cut lime wedge.

Take a cooper mug and add 2 oz of Evan Williams Bourbon with 3 oz of ginger beer and one splash of lemon juice. Mix it all well and enjoy.

If you enjoy Bourbon with a bit of dilution, then you are free to add soda of your choice and enjoy with a pair of ice cubes.