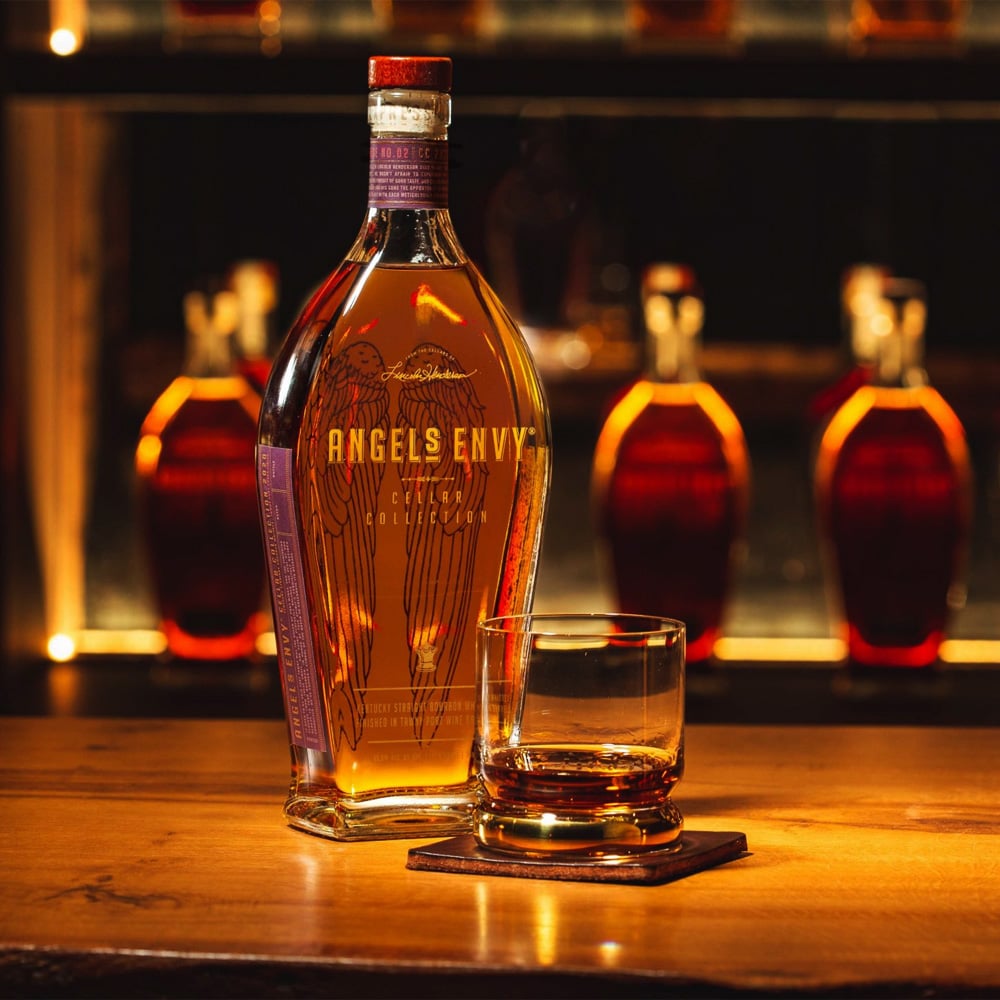 This guide will help give you an overview of what Angel’s Envy has to offer.

Note: the prices are in US Dollars, and for the US market, if you are outside of the US, the prices may vary. We will, however, include links to the best place to buy your ideal bottle of Angel’s Envy in your country.

How much is a bottle of Angel’s Envy?

The most commonly bought bottle of Angel’s Envy is the angel’s Envy Kentucky Straight Bourbon Whiskey Finished in Port Wine Barrels 750 ml that costs around $46.99-$54.99.

What is the most expensive bottle of Angel’s Envy?

The most expensive bottle of Angel’s Envy is probably Angel’s Envy Kentucky Straight Bourbon Whiskey Finished in Madeira Casks, which costs around $1,110.99. It is a limited edition bottle of 2021 and is considered a special edition for a father’s day treat.

Now that you have the simplest answer to the simplest questions, below you’ll find the prices and sizes of the entire range of Angel’s Envy Bourbon, their sizes, prices, and later on a buyer’s guide.

Angel’s Envy is one of the most loved bourbons. Here are some top standard Angel’s Envy bourbon bottles along with their prices:

The name is long enough to reveal even the slightest detail about the bourbon. It is Angel’s Envy Kentucky Straight Bourbon which is finished in port wine barrels. It is aged for six long years to get a perfectly golden and copper tone. It has subtle vanilla, maple syrup notes on the nose and some hints of raisin and toasted nuts. One can sense ripe fruit and bitter chocolate. The finish is quite clear, with a lingering sweetness.

Angel’s Envy has a significant share of limited edition bottles for bourbon fans. Here is the list of some limited bottles by the brand:

Angel’s Envy Kentucky Straight Bourbon Whiskey Finished in Oloroso Sherry Casks is unique. It contains unique raisin and fruit qualities that are boosted up due to the extended finishing period. It has a sweet touch on the palate with hints of hazelnut. It appears to be deep copper and amber in color. There is dryness due to sherry but a lingering floral finish. As it is a limited edition bottle, thus it is available for a short span of time.

It is considered the second release from the Cellar celebration. Kentucky Straight Bourbon is kept in Tawny Port barrels for around ten months. It smells of dry fruit and oak. Also, it gives a spicy ride to the palate as it contains roasted nuts, pepper, clove, and spice. The finish is lingering and light.

It is a 2021 limited edition by the brand. The Kentucky Straight Bourbon Whiskey is finished for a year in Madeira casks. There are notes of caramelized banana, brown sugar, raisins, almonds, faint cherry. It is considered a father’s day special treat.

Angel’s Envy Kentucky Straight Bourbon Whiskey Finished in Port Wine Barrels Cask Strength is quite deep in appearance. It has a salted chocolate, orange peels, and cherry flavored touch on the palate. It feels pleasant on the tongue even after the presence of different flavors. There is a perfect balance of bitterness and dryness.

Angel’s Envy Bourbon has a unique way of making their alcohol, but even the taste and flavor are unique.

Angel’s Envy Rye Whiskey Finished in Caribbean Rum Casks, as the name suggests, is a unique ride with raw, spicy, and earthy rye that has a sweetness of rum. It is quite clear in appearance with some reddish tone. It has citrusy, candy, vanilla, oak, and hazelnut notes on the nose. While the rum and soft oak deliver a perfect balance on the palate. The finish is sweet and dry.

Angel’s Envy is a unique name, but there is a story behind this as well. When the alcohol is put to rest for finishing, then it gets evaporated. The evaporated alcohol is said to be the angel’s share, while the leftover alcohol is called the Angel’s Envy. This is how the brand got its name. Angel’s Envy is an alcohol brand that was launched in 2011. It is considered a young brand that is like a rebel and manages to try something off-beat. It is among the few American whiskey brands that use a double maturation process and release bourbon and rye using finishing barrels.

The history behind Angel’s Envy Bourbon

It is said that Angel’s Envy brought back a retired person to work. The famous master distiller Lincoln Henderson retired from work, but when his son came up to him with a business idea, he could not resist, and Angel’s Envy was the result of it. It is considered a family venture as even Henderson’s grandson joined the same business later. Since then, the brand has flourished in the market and has maintained its uniqueness with its flavors, tastes, and authenticity.

Why is Angel’s Envy Bourbon so popular?

Angel’s Envy is considered popular as it is an updated version of traditional bourbons and alcohol. The brand comes up with something unique. Also, the quality, along with uniqueness, has raised the bars for the bourbon brands.

There is no specific way to drink bourbon if you are drinking like a responsible citizen. It is meant to be enjoyed, but here are some of the favorite ways that can help to get the best out of the bourbon drink.

Neat is always an option and if you wish to try out the raw texture, just gulp down the bourbon. It will surely help you to understand the texture, flavors, and finish of the alcohol.

If you do not love having the drink raw, then dilute it by adding some ice cubes. It will cool down your drink and still let you enjoy the raw nature of the bourbon.

Cocktails are the best for the experimental people. The Henderson is an official cocktail of the Angel’s Envy in which they use Angel’s Envy Bourbon Kentucky Straight Bourbon Whiskey Finished in Port Wine Barrel, Ruby Port syrup, Angostura bitters, and orange bitters. Just stir and add an orange twist.